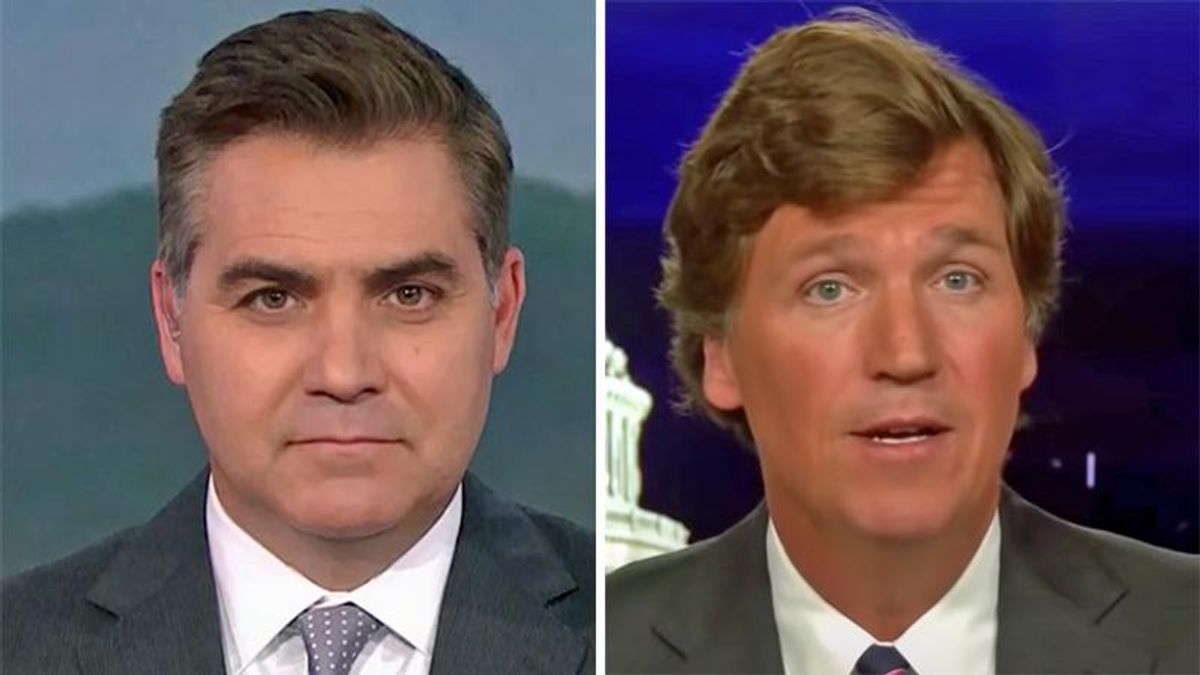 "Brian, this is hardly the first time that Tucker Carlson -- and I'm not sure why he spells Tucker with one just one 'K' sometimes -- has been accused of making racist remarks," Acosta said. "But will Fox do anything this time about what he's doing over there?"

"There's no way Fox will do a thing," Stelter replied.

"And that's the face of Fox News," Stelter said. "He's also the poster child for what Van Jones called five years ago 'the whitelash,' this white resistance to a changing country. Tucker Carlson, that is very much his brand. He has a lot of viewers who seem to be with him and Fox is not going to take any action against him."

Acosta then played a clip of Carlson talking about the January 6th insurrection by Trump supporters that he said "might be the most ridiculous line of B.S. yet from Tucker Carlson."