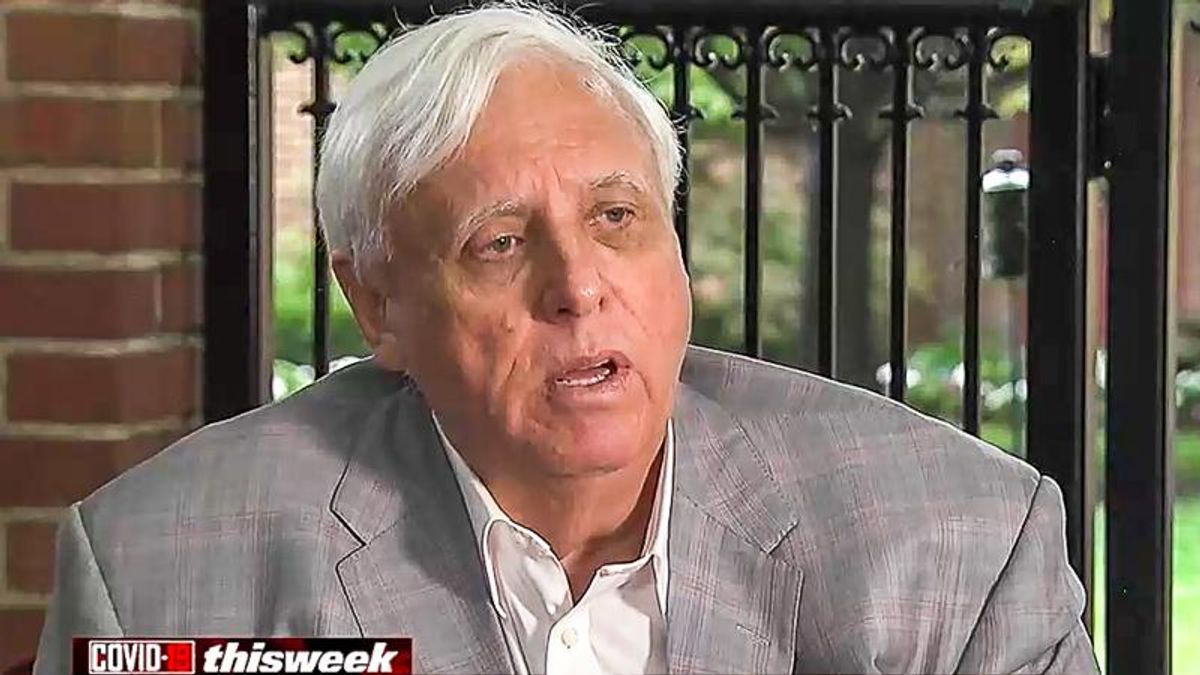 West Virginia Gov. Jim Justice (R) warned Republicans who refuse to get vaccinated that they are playing "the death lottery."

During an interview on ABC's This Week program, host Martha Raddatz noted that people in states with Republican majorities are less likely to get vaccinated.

"There's some truth to that," Justice agreed. "Because the red states probably have a lot of people that, you know, are very, very conservative in their thinking and they think, 'Well, I don't have to do that.'"

"But they're not thinking right," he said. "When it really boils right down to it, they're in a lottery to themselves. You know, we have a lottery that basically says, if you're vaccinated, we're going to give you stuff."

He added: "But you've got another lottery going on and it's the death lottery."

Watch the video below from ABC/