MSNBC's Morning Joe tries to figure out why Mitch McConnell is so invested in blocking Jan. 6 commission 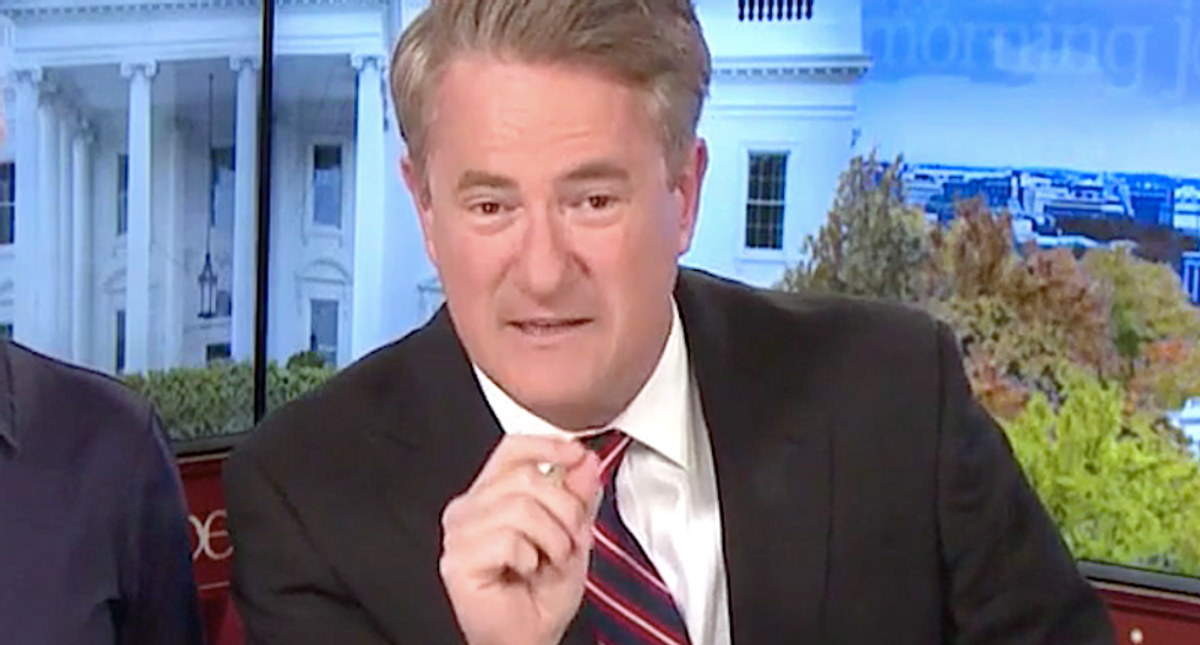 Senate minority leader Mitch McConnell (R-KY) pressured undecided GOP senators to block the Jan. 6 commission as a "personal favor" to him, and MSNBC's Joe Scarborough wondered why he would go so far to prevent a bipartisan investigation from happening.

The "Morning Joe" host pointed out that McConnell had given Republicans some leeway in voting to convict Donald Trump during his second impeachment trial, but he was demanding loyalty on personal terms for an investigation of the same insurrection that had gotten the former president impeached.

"Certainly, Mitch McConnell said that during impeachment -- a vote of conscience, you do what you feel like you need to do," Scarborough said. "What I don't understand is, what has changed? Why is Mitch McConnell, based on reporting, all the reporting that I've seen, Mitch McConnell is telling Republicans, I need your vote, I need your vote. What is it about this commission that he fears? Why is it that he's telling -- instead of just saying, vote your conscience, like he did on impeachment, why is he now doing everything short of demanding their support?"

"There's two things going on here, and you know with Sen. McConnell, he's thinking about one thing," Allen said. "He's thinking, how can I rebuild my majority? How can I recruit the candidates I need to get back the Senate majority, looking ahead to next cycles? And so something that most of the Republicans that you served with and we've covered over the years, this would seem like a no-brainer."

"You've pointed out again and again on the show why this commission is needed," Allen continued. "But this is one of the ones where they're whipping and pushing, as opposed to vote your conscience, and we have a little new reporting on possible fallout from this vote. So Sen. Joe Manchin, everybody is trying to read his mind, and he has been very strong in saying that Republicans should be for this commission. We've talked to some Democrats who think that this expected vote by Republicans trying to kill this commission, that's a new wedge that Democrats can use with Manchin to say to him, 'You're being schooled, you're being played by Republicans -- they are not voting, arguing in good faith here, here is proof of it, and because of it, you should soften your view of the filibuster. Move towards a Senate where Democrats and Republicans can get their way, instead of right now where you need 10 Republicans to get something real.'"

"He's still holding out hope for some Republican movement, and so if you get no movement passed that graphic that you showed, that's where there's an opening to say to Joe Manchin, 'Look, this is a pipe dream you're going to get Republicans on these big questions,'" Allen added. "'Give it up, let's pass things that we believe in and need to for our voters.'"