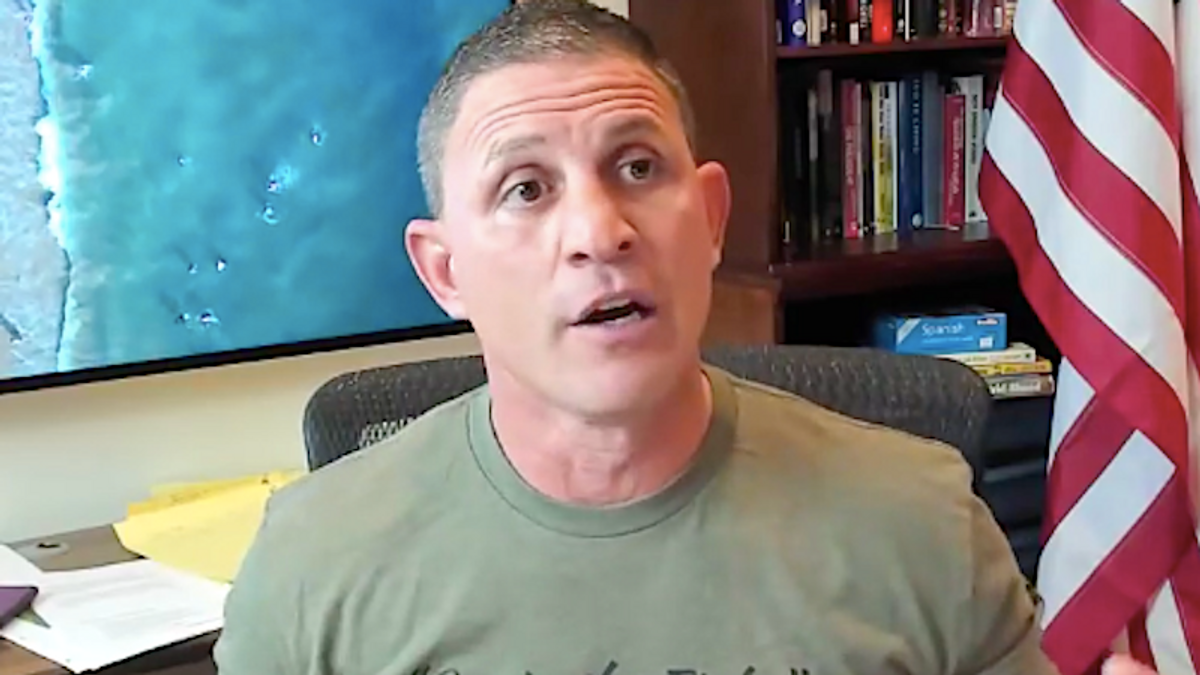 "If election integrity isn't the No. 1 issue of these guys running, then they're either lost, confused, or too stupid to be running," Gilbert said, falsely claiming that Trump was the "real" president and won Nevada by 44,000 votes.

Video from Jan. 6 shows Gilbert leading a "1776" chant and unsuccessfully trying to capture the attention of conspiracy monger Alex Jones outside the Capitol, moments before Oath Keepers militants charged the doors in stack formation.

"Alex, come up here!" Gilbert yells in the video, but Jones and "Stop the Steal" organizer Ali Alexander moved on without paying attention to the attorney and former reality TV contestant.

Gilbert also denounced Dr. Anthony Fauci as a "psychopath" who "should be in prison," which drew cheers from his audience, after spending the past year filing lawsuits challenging pandemic safety measures and spreading conspiracy theories about the coronavirus.

"Fauci said there would be a pandemic during President Trump's tenure & he absolutely made sure it happened, just as planned, right before the election," he tweeted last month. "All for a power grab, all for mail in ballots, all to throw the country into crisis & usher in a puppet & now poison/kill w/ 💉."

Gilbert, who was suspended from boxing in 2007 after testing positive for steroids and meth, will likely face former Sen. Dean Heller, Rep. Mark Amodei and former Nevada attorney general Adam Laxalt in the GOP primary.

"I have a PhD in success," Gilbert said in his announcement video. "I'm not a politician, I don't ever want to be a politician. Let me tell you something that I am probably going to be doing here shortly, and that's called running for governor."