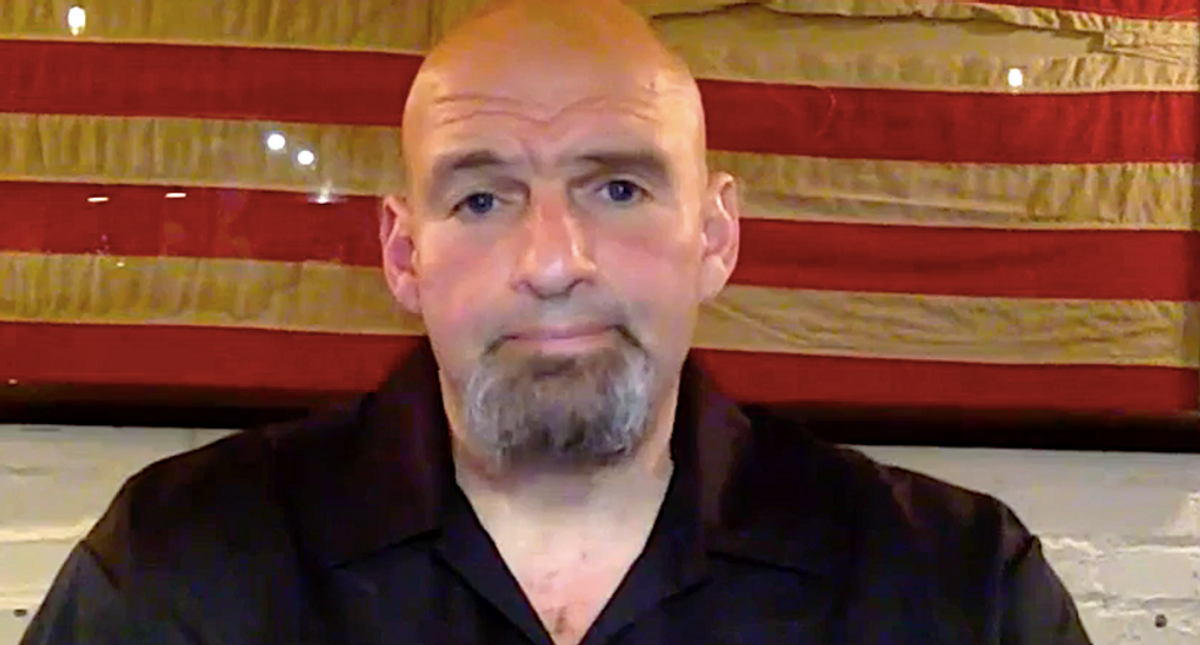 Democratic Pennsylvania Lt. Gov. John Fetterman on Friday roasted the Pennsylvania Republican Party for pushing an Arizona-style "audit" of the 2020 election in his state.

Appearing on CNN, Fetterman took aim at Trump-loving Pennsylvania State Sen. Doug Mastriano, who claimed that an "audit" of Pennsylvania's election is needed to determine "what went wrong."

"What went wrong, in his mind, is his candidate lost!" Fetterman cracked. "And he did so fair and square!"

Fetterman, who is now running for U.S. Senate in his state, also claimed that even Mastriano doesn't likely believe the "audit" will uncover anything and is instead only being done to soothe former President Donald Trump's fragile ego.

"These kind of audits... are just bad performance art to pander for the former president here," he said. "That's all it is. They know it's not going anywhere... All it is is just sad carnival barking for a conspiracy of lies that no one believes, including themselves. Everyone knows Joe Biden won Pennsylvania by more than 80,000 votes."