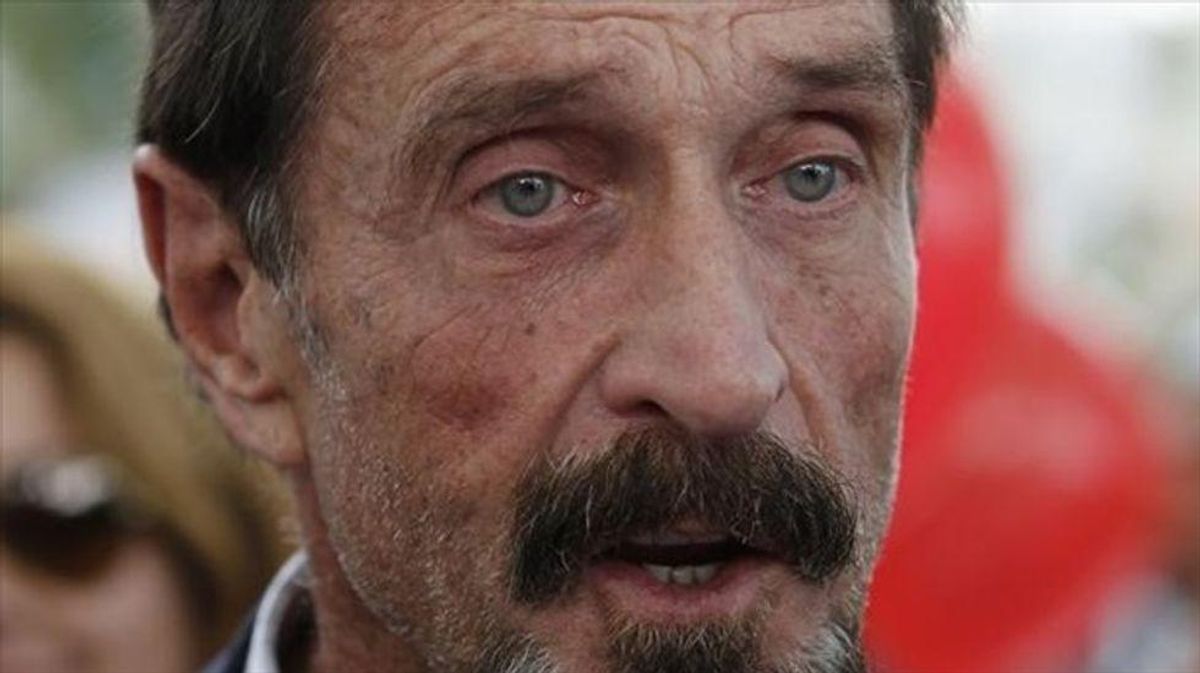 "Newsmax host Steve Cortes tweeted to his 222,000+ followers, 'So...if Jeffrey Epstein got Vincent Fostered then...did McAfee just get Jeffrey Epsteined?'" the website reported. "Tim Pool, a social-media personality on the right, tweeted to his 820,000 followers, 'Bull F--KING S--t.' Progressive social media personality BrooklynDad_Defiant wrote to more than 900,000 followers, 'John McAfee died today. They said it was suicide. But HE says he didn't do it. WOW.'"

McAfee, who had long embraced fringe theories, got a tattoo in November 2019 of the word, "$WHACKD," to ensure reports of his own future death would be questioned like Epstein's.

"Getting subtle messages from U.S. officials saying, in effect: 'We're coming for you McAfee! We're going to kill yourself,'" McAfee tweeted at the time, in case his Instagram photo of the tattoo was unclear. "I got a tattoo today just in case. If I suicide myself, I didn't. I was whackd. Check my right arm."

McAfee was arrested in Barcelona in October after he was accused of avoiding taxes on selling the rights to his life story and cryptocurrency promotion, and he had faced two wrongful death suits and accused of drugging and raping a woman who worked for him.

Editor's note: Tim Pool disputes a previous version of this article's characterization of him as an "alt-right social media personality."