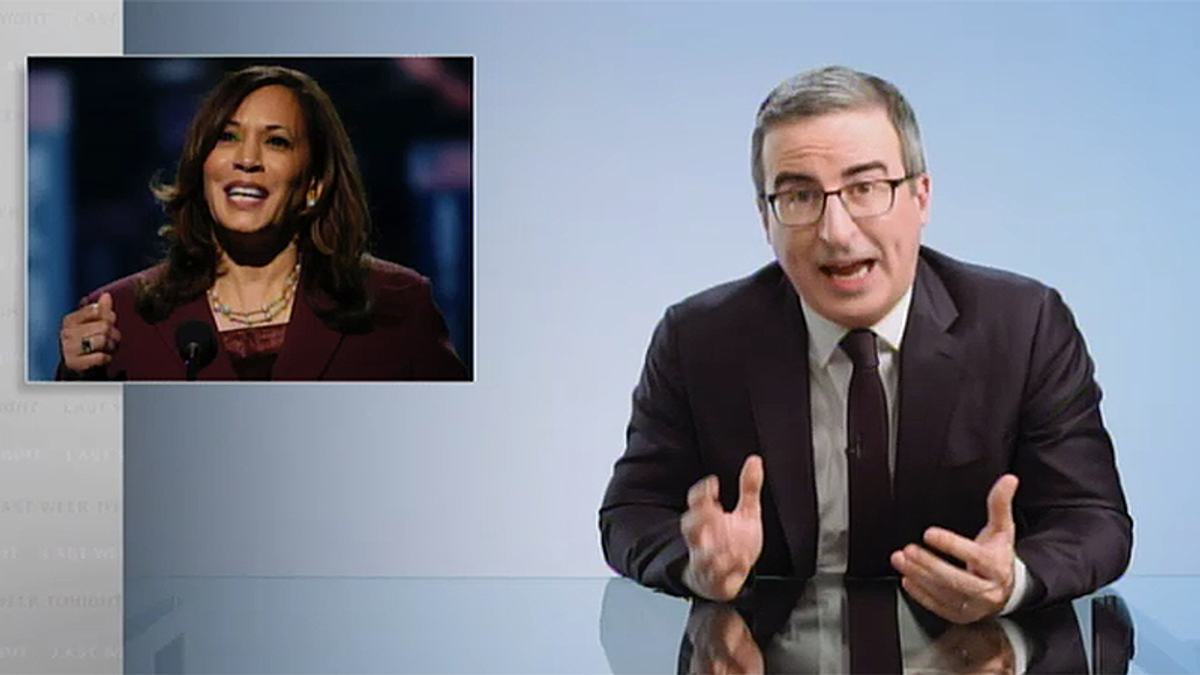 In his main segment Sunday evening, John Oliver cited the recent survey of Americans asking them to cite a "famous Asian American." Instead of immediately citing the newly elected vice president, 42 percent said they didn't know of one, while others cited Jackie Chan, who was from Hong Kong, and Bruce Lee, who is certainly an Asian American, but he died nearly 50 years ago.

"No disrespect to Jackie Chan or Bruce Lee, but that is embarrassing even before you consider that the poll was conducted while Kamala Harris, who is Asian American, was vice president," said Oliver. "How do you f*ck up a question that easy?! It'd be like asking Americans to name a 'well known Joe' and getting 'What's Joe?' 'John Krasinski' and 'Joe Millionaire.'"

Oliver then launched into one of the problems facing the demographic being how incredibly diverse it is. Most think of "Asian" being exclusively Chinese, Japanese and the like, but it ignores Asian Pacific Islanders, Indians, Filipinos, Taiwanese, Korean, Indonesian, Burmese, Cambodian, Pakistani, Sri Lankan, and many others that make up about 7 percent of America. The number, however, is one of the fastest-growing populations in the United States.

See a short segment of his main story below: