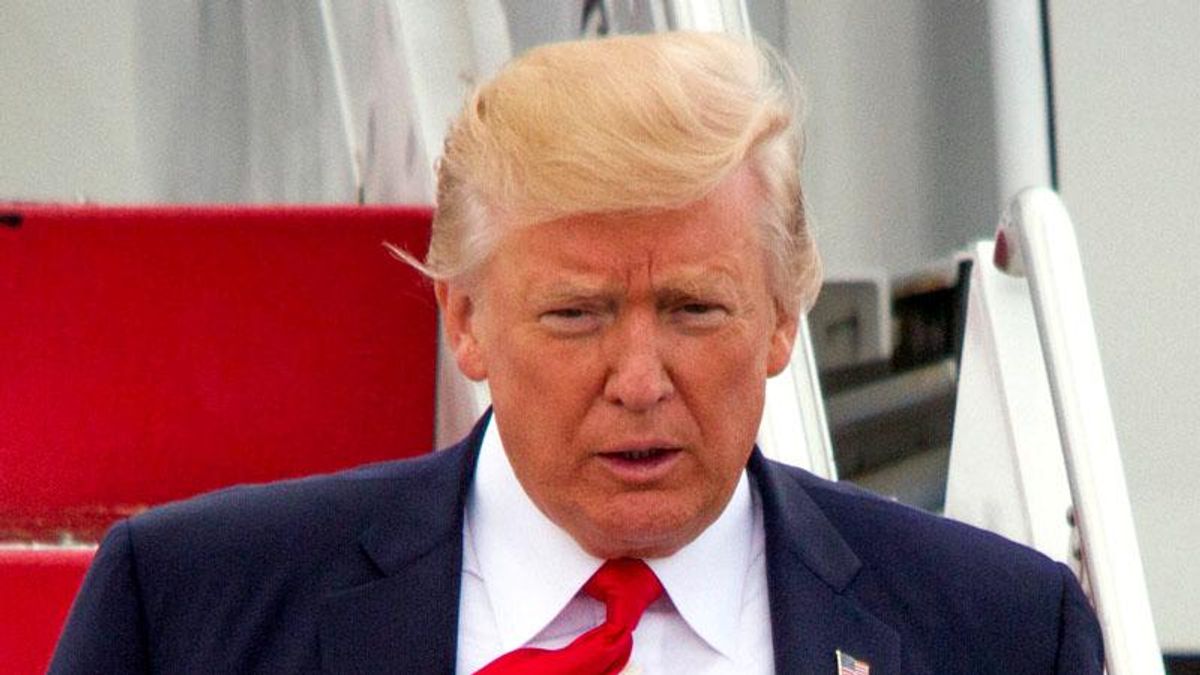 If you're one of the 99.97 percent of Americans who don't live in South Dakota you might have missed the story, but it turns out Donald Trump's Gucci's aren't kicking up much prairie dust these days.

In a sign of what's sure to come, Trump's dreaded superpower to destroy Republican careers was greeted with an instant eyeroll by one of his own loyalists after he declared that Senate Majority Whip John Thune would perish in a 2022 primary. Trump lost a small piece of his mind after Thune said his fraudulent scheme to overturn the election "would go down like a shot dog" in the Senate.

None other than Governor Kristi Noem -- a fervent Trumper and fellow COVID ignorer -- came to Thune's rescue.

Republicans in the Senate so quickly forget. Right now they would be down 8 seats without my backing them in the la… https://t.co/XgaCV0IqAm
— Donald J. Trump (@Donald J. Trump)1608684883.0

Here was Noem, just one hour later, tossing a bucket of digital cold water from her personal Twitter account:

That's the sort of insult that would never been befallen Trump until recently. But what's especially pathetic in this case -- and probably not known so much outside of South Dakota -- is Trump's absurd assumption that he could take out Thune in the first place.

Thune is a force of nature in South Dakota politics, where he has held three decades of prominence, starting as state party chairman. In 2004, he shocked the world by upending Senate Minority Leader Tom Daschle in the most expensive race in state history. It was the first time in a half a century that someone of Daschle's leadership stature had been dumped anywhere.

Since then, Thune was unopposed in both the primary and general elections for Senate in 2010 -- a bit of a feat -- and again had no primary opponent in 2016. He won reelection that year with a staggering 43.6 percent victory margin over the one person (Jay Williams) who has bothered to take him on since he stunned Daschle.

"Thune, who's office didn't immediately respond to a request for comment Tuesday night, was first elected to the Senate in 2004 and isn't seen as a vulnerable candidate in the 2022 election. He ran unopposed in his 2010 reelection bid and as of September 30, he had more than $13 million in his campaign fund."

So, it wasn't a profile of courage that Noem immediately threw Trump's ridiculous Tweet about Thune back in his face. Her politics may be stupid, but she isn't. It's one thing to have abdicated her responsibilities as governor as perhaps the nation's most outspoken opponent of mask mandates. Committing political hari-kari is something else again.

Noem, with presidential ambitions for 2024, is about the last person on the planet interested in tugging on Thune's cape in 2022. And unless Trump knows something South Dakota does not, the Republicans won't be trampling themselves next year to get crushed by the senator.