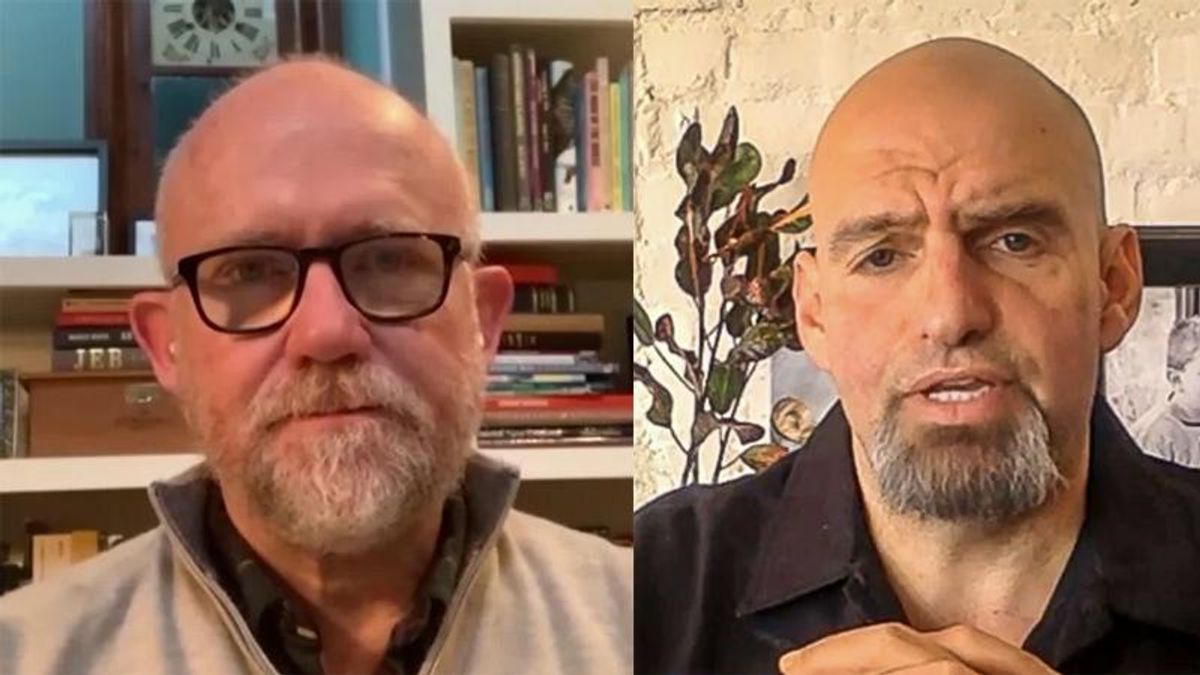 In a "New Abnormal" podcast for the Daily Beast, blunt-talking former GOP campaign consultant Rick Wilson welcomed equally uninhibited Lt. Gov. John Fetterman (D-PA) for a chat on the attempts by Sen. Josh Hawley (R-MO) to not recognize Pennsylvania's electoral votes. There was agreement that the Missouri Republican bit off more than he could chew and deserves to be ousted from Congress one way or another.

Speaking with Fetterman, who is exploring a run for the U.S Senate seat being vacated by Republican Sen. Pat Toomey, Wilson immediately trashed the "f*ckery" that occurred over the weekend as Republicans pleaded for unity after spending four years ignoring the chaos Donald Trump created.

"I have to get this out right now," Wilson began. "Any motherf*cker who says, 'Oh, we need peace and harmony and comity and unity and everything needs to be sweetness and light,' f*ck you. F*ck you sideways, you lying snake-bellied motherf*ckers. These guys are playing the refs, they are doing everything they can to now pretend that they are so innocent."

Adding "They were about to murder people," Wilson added, "All those excuses and this false and shallow, horseshit, hypocritical appeal to unity and reconciliation. Yeah. OK. Quit first, motherf*cker. And then we'll talk," about Hawley.

Fetterman then joined the conversation and also focused on Hawley.

"Your supporters drove you from your very chamber. And after all that trauma, people were shot and people died, you still were so hell-bent on exploiting this for your own political advantage. After all that, you still got up in front and continued to tell what you know are lies," Fetterman claimed. "You know, he [Hawley] went to Stanford and Yale Law. He knows better than anybody that this is all garbage. And this is the point, and that's what makes him so reprehensible. You know, I don't care what your political beliefs are. If you're willing to damage and endanger over your ambition, your soul is dipped in dogshit. I don't know how else to say it."

You can listen here.