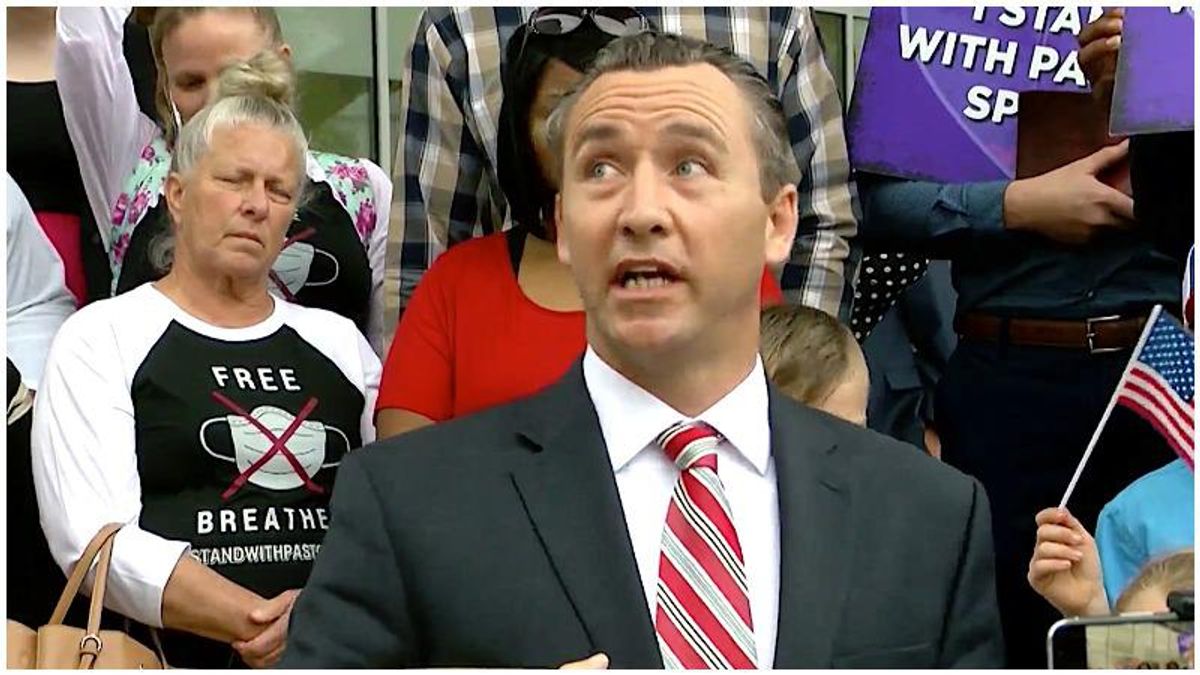 Spell had to learn about the ruling through his attorney since he refused to wear a mask inside the courthouse.

"We will never comply, and we will always resist," Spell said. "We will always stand up for the word of God and the First Amendment of the United States."

Spell reportedly plans to take his case for dismissal to the First Circuit Court of Appeals. He faces jail time if convicted.

"If you're afraid of the virus, stay away from us," Spell said in an interview after the ruling. "As for us and our house, we're going to serve God. We're going to be bold and fearless and have faith."

Louisiana has reported more than 386,000 cases and nearly 8,600 deaths since the pandemic began.

Watch a report on the story from WJTV below: