Karl Rove goes off on Sidney Powell: 'Any idiot with access to Google' can debunk her lawsuits 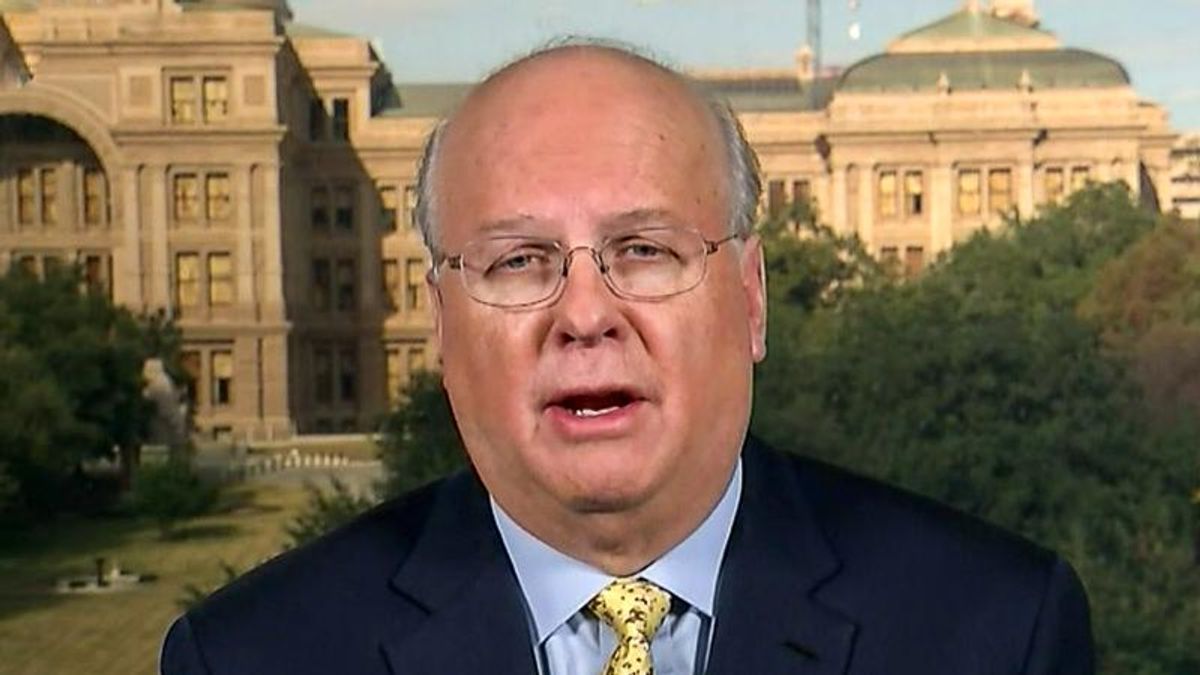 Fox News contributor Karl Rove on Tuesday lashed out at Michael Flynn and Sidney Powell over what he called "idiot" ideas about the 2020 election.

During an appearance on Fox News, Rove excoriated Flynn for suggesting that President Donald Trump declare martial law to overturn the results of the election.

"Talk about an idiotic idea," Rove told Fox News host John Roberts. "There's no ability for any president to invoke the Insurrection Act of 1803, claiming that the issue has got to do with the hubbub around the election. No president would have the authority to do that."

"General Flynn may have served honorably in the military, but he is sure is heck not a constitutional law scholar," he added. "And when it comes to giving good advice to the president about politics, he's at the bottom of the list in my opinion."

Rove also had tough criticism of Powell, an attorney who has represented Flynn and has filed lawsuits to challenge the results of the 2020 election.

"Ms. Powell has peddled theories that have little basis in fact," he explained. "The idea that Hugo Chavez from the grave was somehow involved in stealing this year's election."

Rove pointed out that Powell's "expert" witnesses had been repeatedly humiliated in court.

According to the Fox News contributor, "any idiot with access to Google and the county election returns" could debunk Powell's claims.

"What she has done to sort of throw mud on the president through her antics is unbelievable," Rove lamented. "The president has been so ill-served by this crowd and she's chief among them."