It is not even Thanksgiving yet, but a former Trump administration official is hawking Christmas camouflage hoodies to benefit the "Kash Patel Legal Offense Trust."

On Trump's Truth Social microblogging website, Patel posted a link to his "Fight with Kash" to the $65.00 hoodies, which can also be purchased for four installments of $16.25.

"We only made one batch, so when they gone, they gone," he said. "Order up today, ships Dec 7 for your holiday party fun."

The hoodie features the logo of the Punisher antihero from Marvel Comics, with Trump-like hair and a Santa hat with green and red camouflage.

Patel was subpoenaed by the House Select Committee Investigating the Jan. 6 Attack on the U.S. Capitol in September of 2021.

"According to documents provided by [Department of Defense], you were involved in discussions with senior DoD officials regarding planning for security at the Capitol on Jan. 6, 2021 and responding to events that followed the attack," the select committee wrote. "In addition, you were quoted by a reporter as saying you were talking to the president's chief of staff, Mark Meadows, 'nonstop that day.'"

At the time, Patel was serving as chief of staff to acting Secretary of Defense Christopher Miller. 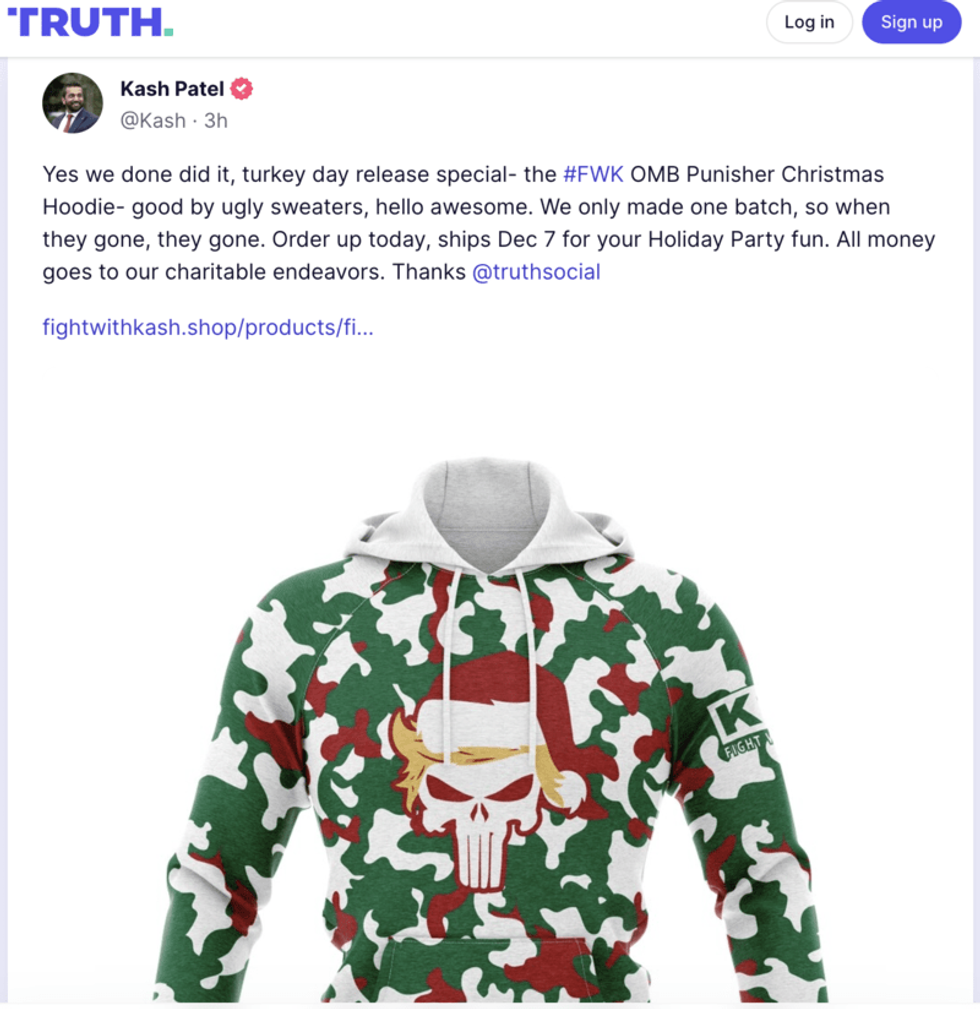