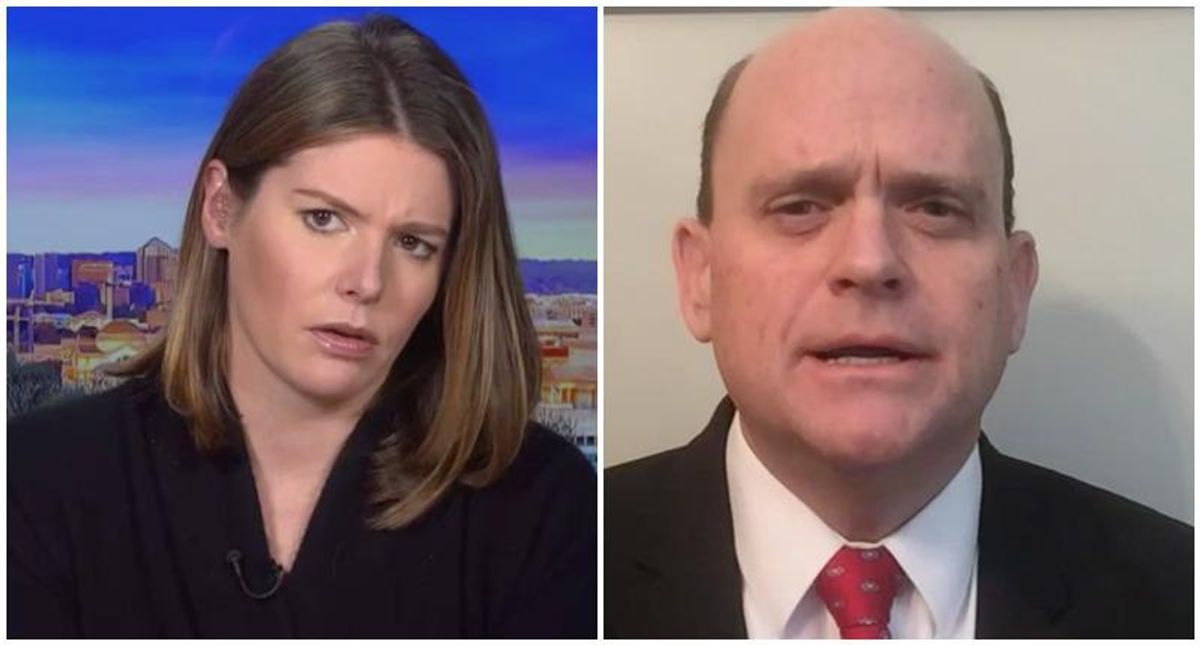 As many as 70 GOP representatives are expected to challenge some Joe Biden electors when Congress meets Jan. 6 to certify the Electoral College vote, and Rep. Tom Reed (R-NY) told Hunt -- who was filling in as guest co-host of MSNBC's "Morning Joe" -- that the process would follow constitutional procedures.

"Well, first, I start with, you know, reminding members that we are members of Congress and we uphold the Constitution," Reed said, "and as a proud Republican and as a proud conservative, I look to the Constitution to guide us through this, and it's given us great comfort over the last 200 years how we are an example to the rest of the world. You recognize -- a lot of folks on your show talked about President Trump, but what they have been missing the millions of Americans that are behind President Trump that do truly believe that this election was fraudulently taken from the president. That's their belief. Now, you may not agree with that. You may disagree with that, but that's millions of American people that have to go through this process."

Trump's legal challenges have been thrown out of court for lack of evidence, and state election officials have found no systematic fraud or irregularities, and Hunt pointed out that the president was pushing blatant falsehoods to overturn his loss.

Hunt interrupted the lawmaker, and said the president was feeding his followers lies.

"Look, I try to be very careful," she said. "I cover you guys on the Hill every day, and I understand that, you know, people vote the way they do because of the beliefs that they have. But you have Republican state officials -- Republicans -- elected Republicans saying that the results are legitimate, these results are real. Brad Raffensperger in Georgia has threats coming in against his family because he's willing to do that. I'm not trying to denigrate people who are working hard and who are perhaps had different beliefs than those who vote for your colleagues on the other side of the aisle. That is not what I'm doing, but where is this message coming from? It's coming from President Trump and it is being amplified on right-wing media."

Reed insisted that he accepted Biden has won, but he urged Hunt to consider the feelings of Trump supporters who still haven't come to terms with the president's loss.