Kayleigh McEnany: Trump would have never actually followed through on his own Afghanistan withdrawal plan 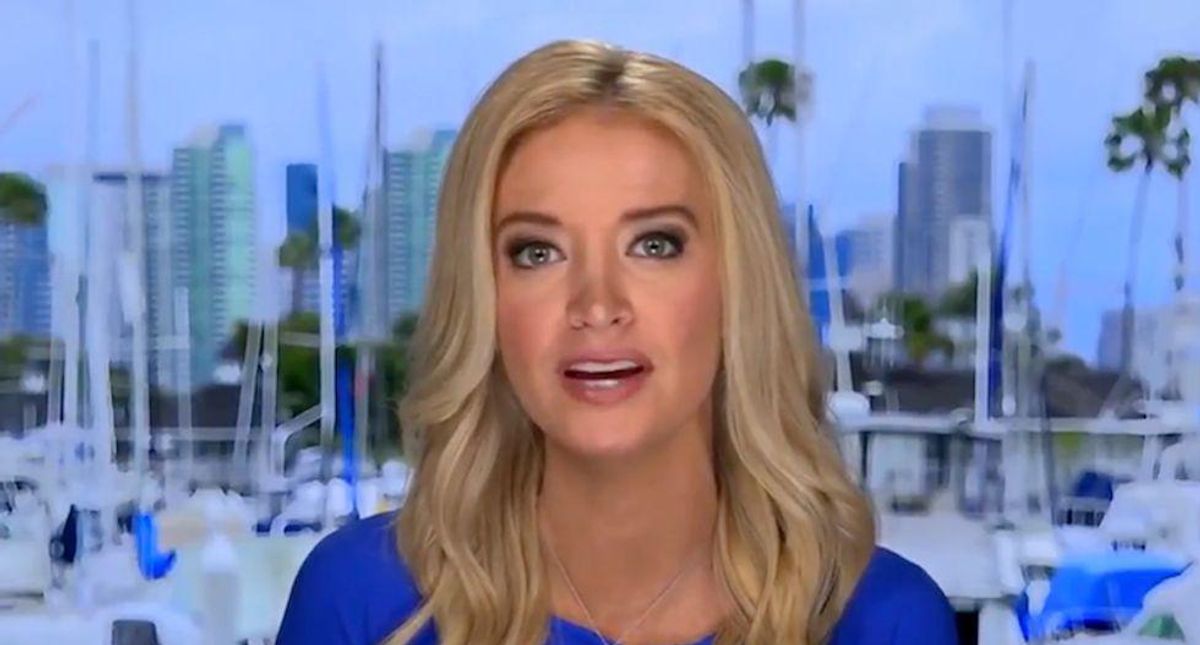 Under Donald Trump's presidency, a peace agreement was negotiated between the United States and the Taliban that many within the Republican Party called "historic" at the time.

However, as the Washington Post's Dave Weigel found earlier this week, the GOP has now deleted a page from its website in which it praised Trump's withdrawal plan.

How quickly can the politics around Afghanistan change? Here's a section on the RNC's website in June; click it now… https://t.co/w6d0UGNFZh
— Dave Weigel (@Dave Weigel) 1629062813.0

Now, even Trump's own staff is backing down off of his efforts to withdraw from the country and end the 20-year war. Speaking to Fox News, The Daily Beast noted that commentators say that what is happening in Afghanistan would never have happened under Trump.

Under Trump's agreement, the US had to be out of Afghanistan by May 1, and Biden renegotiated this deal for August.

"Furthermore, Team Trump also agreed to the release of 5,000 Taliban prisoners, many of whom immediately rejoined the fight," the Daily Beast recalled. "The former president also negotiated the release of Taliban co-founder Mullah Abdul Ghani Baradar from a Pakistan prison three years ago, believing Baradar could help broker peace with the Taliban. Baradar, who posed in pictures with ex-Secretary of State Mike Pompeo just nine months ago, is now poised to be the new leader of Afghanistan."

During a Fox News appearance, former Trump press flack Kayleigh McEnany seemed to claim Trump would not have followed through on his own withdrawal plan.

"Kayleigh, this is not how the last president left the situation," Fox News host Harris Faulkner said. "It would have been nice to get all our people back quickly. Instead, this is protracted."

"Let me be categorical in saying this," McEnany began. "This would have never happened under President Donald J. Trump! It would not have!"