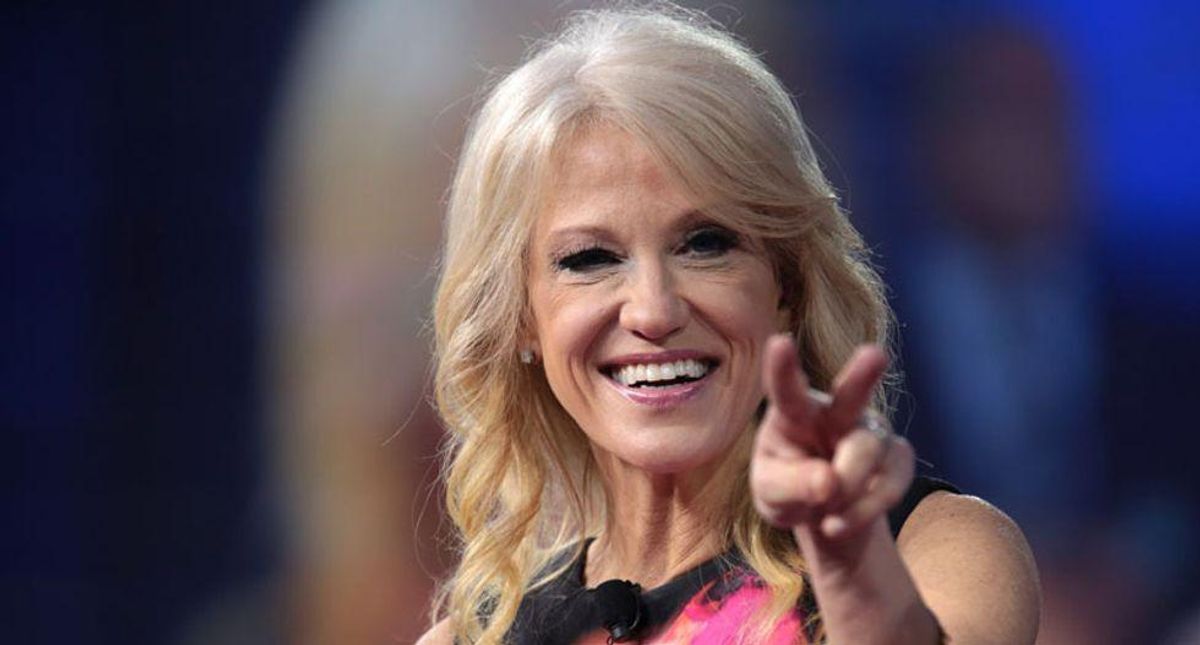 Former Donald Trump senior advisor Kellyanne Conway announced on Wednesday that she was refusing to resign from a military post and that President Joe Biden would have to fire her.

Conway's announcement came after Biden gave Conway a 6 p.m. Wednesday deadline to resign or be fired.

"I will let others evaluate whether they think Kellyanne Conway and Sean Spicer and others were qualified, or not political, to serve on these boards, but the President's qualification requirements are not your party registration, they are whether you're qualified to serve and whether you're aligned with the values of this administration," White House press secretary Jen Psaki said.

In a letter posted to Twitter, Conway made it clear she is not aligned with the values of the administration, complaining about Biden's poll numbers, the rise in COVID cases, jobs, inflation, drugs, and Afghanistan.

"I'm not resigning, but you should," Conway said defiantly.