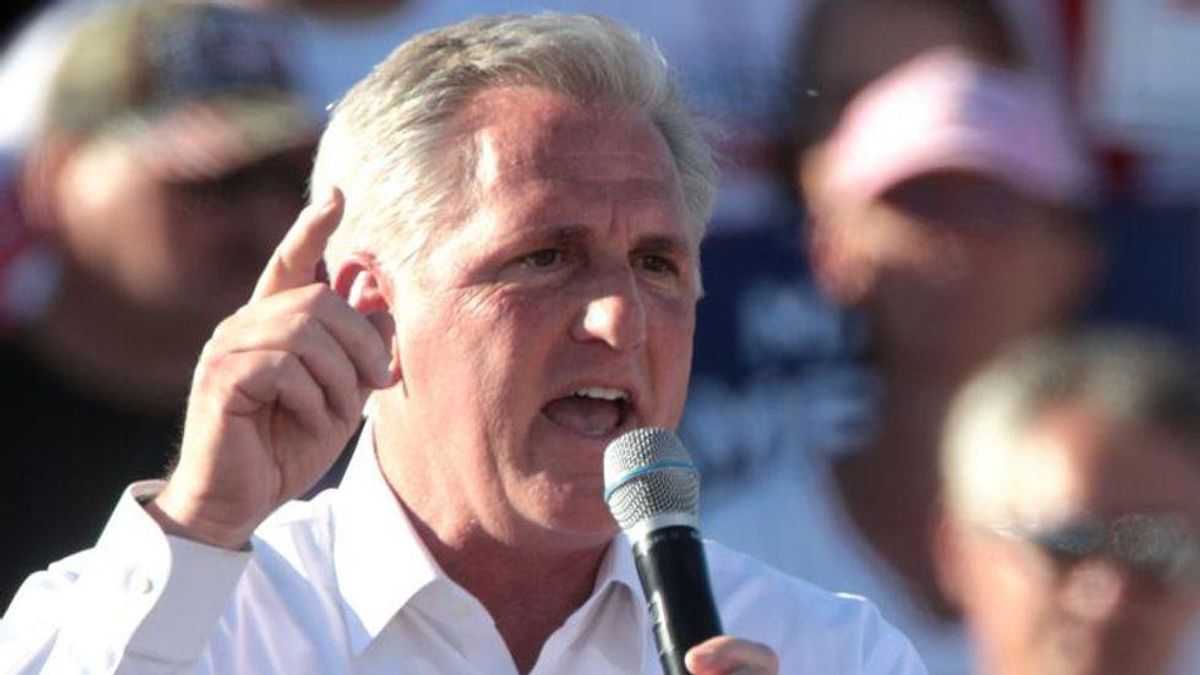 Rep. Kevin McCarthy (R-CA) on Tuesday issued a direct threat against telecommunications companies who comply with the House select committee on the January 6th Capitol riots.

The Guardian's Hugo Lowell reports that McCarthy warned telecom companies that a "Republican majority will not forget" if they provide the Capitol riot commission with telephone records of GOP lawmakers who may have spoken with former President Donald Trump during the January 6th riots.

"While it remains unclear which members' records the committee is interested in, several Republican lawmakers, including House Minority Leader Kevin McCarthy and GOP Rep. Jim Jordan, have acknowledged speaking to then-President Donald Trump by phone on January 6," CNN wrote. "Democrats have also accused some of their GOP colleagues of interacting with individuals who stormed the US Capitol prior to the attack."