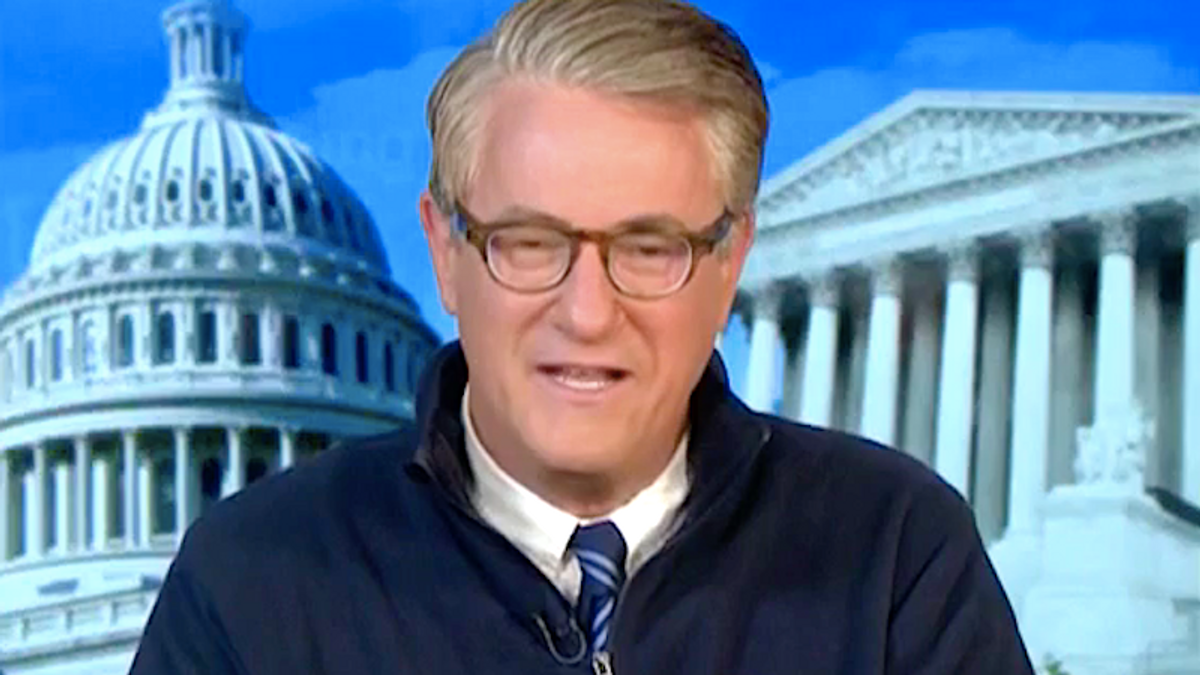 "Do we really want to listen to this?" Scarborough said. "Do we seriously, like, the dumbest man in Washington. I don't know if he is [that dumb] or not. I don't know if he just plays dumb on TV or he's actually dumb, but the question is, how many of those House Republicans are vaccinated? How many members of the House are vaccinated? I know most of the Democrats are. We have been hearing that there are Republicans who are still not vaccinated."

"How many of those House Republicans that you saw right there are flying back to districts that are still hot with infections, that are still dangerous with infections, because the infections are growing in their parts of the country?" he added. "Chances are pretty good if they're at a press conference like that, chances are really good just looking at that map, that they're all from red-hot districts, or most of them are from red-hot districts, and finally you just got to ask -- why aren't they following the example of [ALabama] Gov. Kay Ivey? Why aren't they following the example of Mitch McConnell, who's actually spending campaign money to get the message out in his district? Mitch McConnell has been wearing a mask ahead of all the other Republicans, taking this seriously. So this isn't -- like Joe Biden said, this isn't a Republican and Democratic thing. This is an issue of life and death."