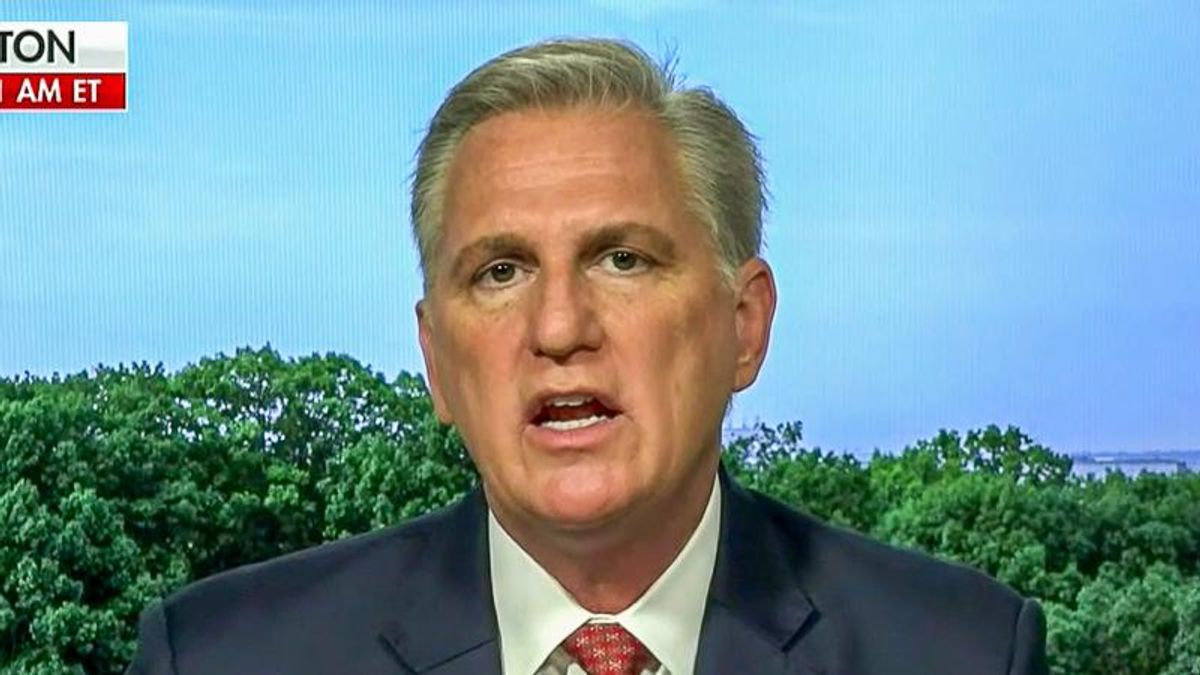 "I think [House Speaker] Nancy Pelosi should remove Omar from the Foreign Affairs Committee," McCarthy opined. "This is an individual that has not once but on numerous occasions been anti-Semitic. Her own entire Congress had to rebuke her in the last one. But she's just not anti-Semitic, she's anti-American now."

McCarthy claimed that Omar was "equating America to Taliban."

"I will promise you this," he added. "If we are fortunate enough to have the majority, Omar would not be serving on Foreign Affairs or anybody that has an anti-Semitic, anti-American view. That is not productive and that is not right."

Meanwhile, the Republican leader has refused to remove Rep. Matt Gaetz (R-FL) from the House Judiciary Committee despite reports that the congressman has been caught up in a sex trafficking investigation that is being conducted by the FBI.