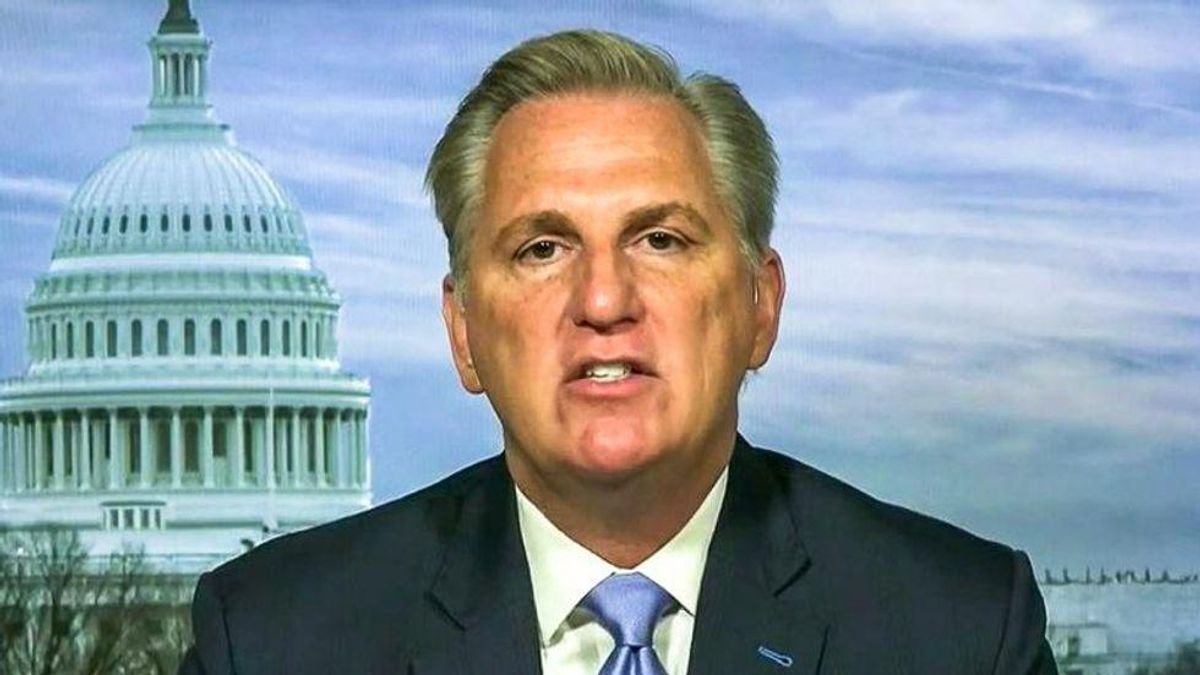 House Minority Leader Kevin McCarthy was called out on CNN on Sunday morning for his statements earlier this week that former president Donald Trump has been cleared by investigators over accusations he incited the Jan. 6th Capitol riot that sent lawmakers fleeing for their lives.

Speaking with host Boris Sanchez, the New York Times' Alex Burns suggested McCarthy's main interest is in staying on the "right side" of the conservative members of his caucus who hold his fate as future House speaker in their hands should the GOP reclaim the chamber in 2022.

"The Congressional select committee in charge is pushing back on this claim from some Republicans that the Justice Department cleared former President Trump of any role in it," host Sanchez reported. "A claim that we have seen echoed by House Republican Leader Kevin McCarthy, someone who himself said shortly after January 6th that Donald Trump does bear responsibility for what happened that day. What's McCarthy's strategy here? "

"You know, he did say that that feels like long ago, " Burns quipped. "I think it was 7 1/2 months that Kevin McCarthy said that the former president bore some responsibility."

"Look," he continued. "He is trying to stay on the right side of the Republican conference in the House, which is very conservative and very, very pro-Trump. I don't think there is a lot more complexity to his strategy than that. I think the gradations of that strategy may change week to week, but the through-line to it, the consistency is, he simply is not willing to risk the ire of that faction in the house. And this notion that the Justice Department cleared President Trump of any wrongdoing -- we have heard this so many times since Donald Trump came into public life, that the absence of criminal charges is equivalent to total exoneration. We know that's simply not how the criminal justice system works."