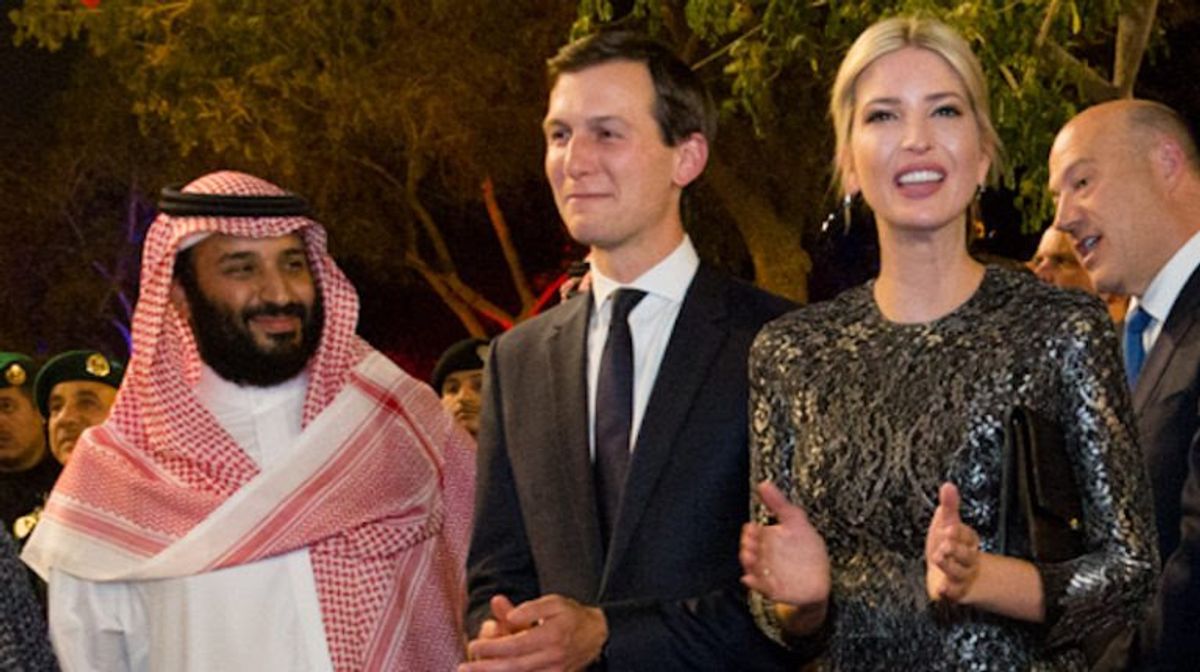 Kushner and the crown prince spoke privately and informally with the crown prince while serving in the White House, and questions swirled around their relationship, which continued in the same fashion even after Khashoggi's grisly murder.

But the report does not indicate whether Kushner or Trump were aware of the plan to murder the U.S.-based journalist, prompting even further questions.

For two years, we pushed for the truth to be made public:

The highest levels of the Saudi government, including Crown Prince Mohammed bin Salman, are responsible for the brutal murder of Jamal Khashoggi.

There must be accountability, and we will continue to press for it. https://t.co/gAdf9apsPU
— Adam Schiff (@RepAdamSchiff) February 26, 2021

In 2018, Trump downplayed intel pointing to the Saudi crown prince for Khashoggi's murder. Regarding whether MBS knew, Trump said in a statement at the time, “Maybe he did and maybe he didn't!" Today US intel releases a report that MBS approved operation.
— Kaitlan Collins (@kaitlancollins) February 26, 2021

Confirms what we suspected all along. Now lock Kushner & his FIL up.
— Bernie's Mittens Are Speaking (@Peacefulrealit1) February 26, 2021

So I'm also assuming that Jared Kushner knew about it the whole time.
— Ellen “got the vax wears the mask" Rosewall (@EllenRosewall) February 26, 2021

Time to put restrictions and sanctions on Americans doing business with Saudi Arabia.

So, what did Kushner and Trump get in exchange for protecting him? https://t.co/wR8e5zqjC4
— Hudson River Croc (@HudsonRiverCroc) February 26, 2021

US has released its damning report on Saudi crown prince culpability in murder.

Do the Saudis hold any embarrassing data about Trump/Kushner?

What wd be the Saudi royals' highest value use of such data if it existed? They have to be feeling angry and aggrieved right now.
— David Frum (@davidfrum) February 26, 2021

Trump used Jared Kushner as his criminal henchman to: 1) Create a cyber backdoors for our enemies, 2) Bilk the U.S. out of a much money and power as possible, 3) Pardon his father's crimes, 4) Cover up crimes in exchange for money and favors, etc. https://t.co/OorAXOM294
— Marjorie Frazier (@MarjoriesBuzz) February 26, 2021