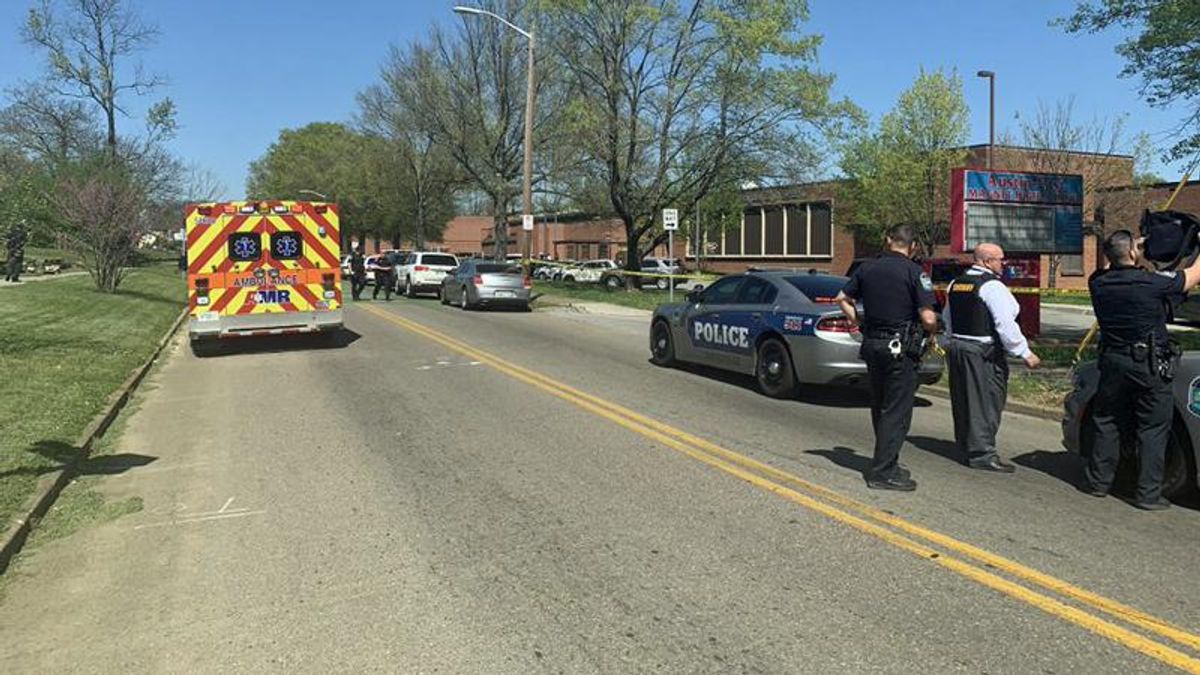 "The investigation remains active at this time. Please avoid the area," police announced.

Knoxville Co. School officials confirmed to the press that the school was still on lockdown.

Police announced before 5 p.m. that the suspect was in custody. The school has already had shootings this year, killing at least two students, according to local reports.

While parents and family might want to rush to the scene to pick up their children, the school and police are telling them to stay away for now and a reunification site will be established behind the school on the baseball field when given the all-clear.

I signed constitutional carry today because it shouldn’t be hard for law-abiding Tennesseans to exercise their #2A… https://t.co/WrHnzmGY9a
— Gov. Bill Lee (@Gov. Bill Lee)1617907565.0

Monday morning he proclaimed that "in-person learning is safe." While he was likely referring to the pandemic, many noted the bad timing. 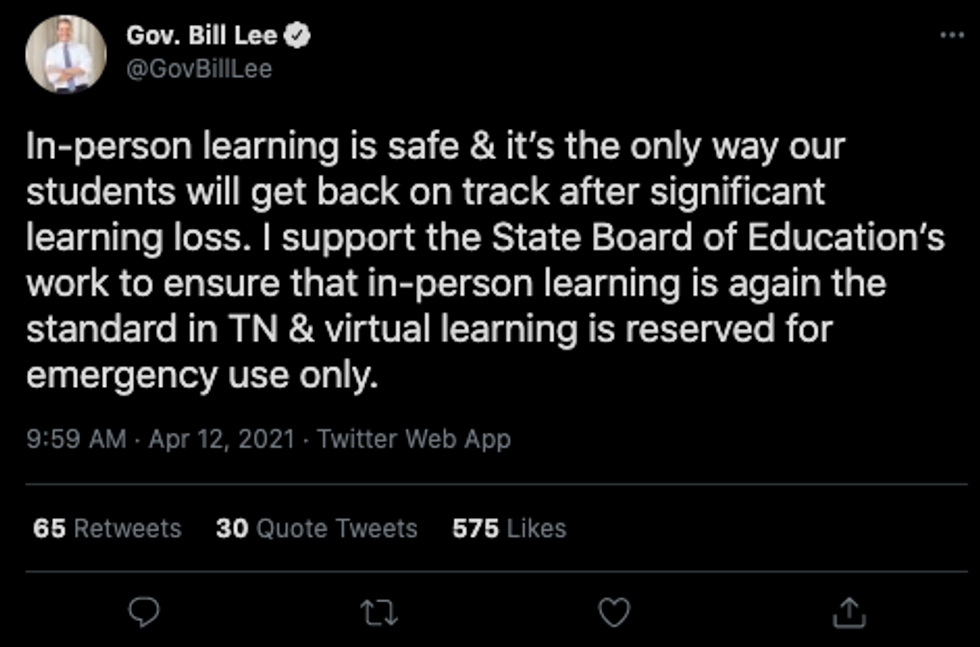 Parents gathering outside the school lamented that something must be done.

Parents and community members are gathering outside the high school — in the same spot they honored the life of Sta… https://t.co/9HFMhrvYvn
— Grace King WBIR (@Grace King WBIR)1618261314.0

You can see a live stream from WVLT news below: