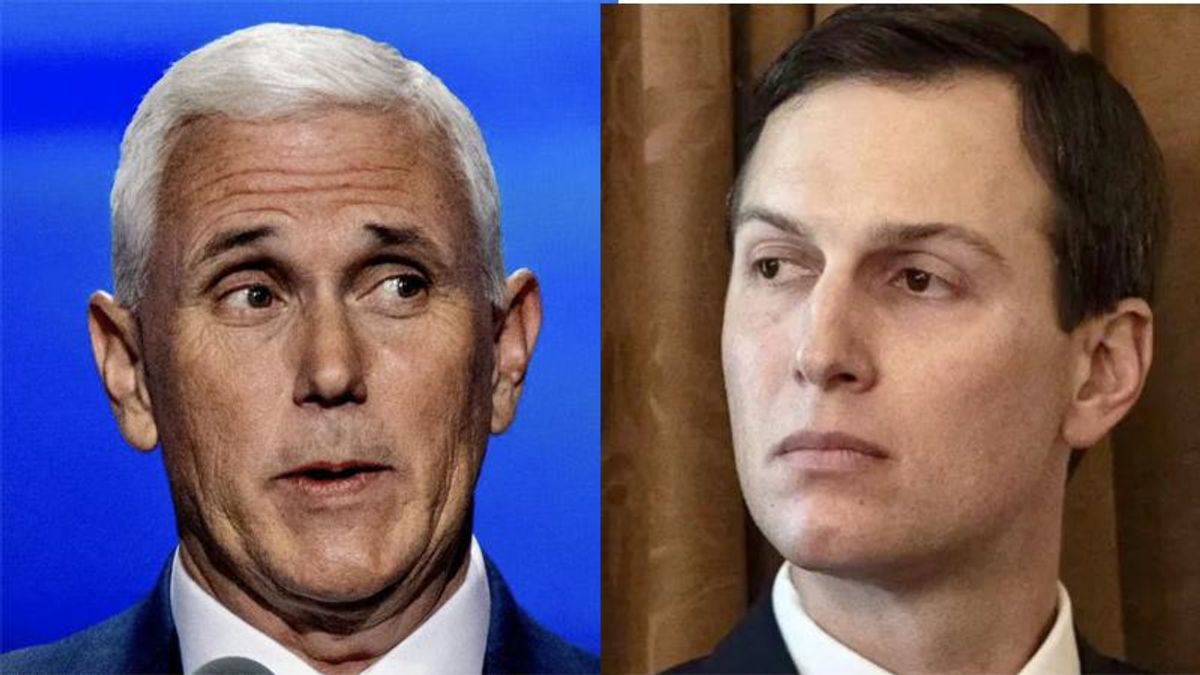 According to a report from Business Insider, Vice President Mike Pence -- who was supposed to be heading up the White House COVID-19 Task Force -- continually deferred to White House adviser and Donald Trump son-in-law Jared Kushner to the point where other task force members suggested he was sounding like a "supplicant."

Based on reporting from "I Alone Can Fix It: Donald J. Trump's Catastrophic Final Year" by Washington Post journalists Carol Leonnig and Philip Rucker, Insider notes that some task members found Pence's behavior "nauseating" during the early days of the health crisis.

According to the report, "In the book, the authors said in one COVID task force meeting, it was 'awkwardly clear' to those sitting in that Kushner was the one calling the shots, not Pence. The authors wrote that the former vice president asked during the meeting: 'Jared, what do you think?' and 'Jared, what would you do?'" before adding, "Meanwhile, Kushner was leading the session, examining data presented to him by Trump coronavirus task force coordinator Deborah Birx and '(challenging) other speakers' in the meeting."

The report goes on to note, "Kushner's sizeable shadow role in the COVID response might not be much of a surprise to those who read about his self-described COVID 'impact squad' last year. Dubbed the 'Slim Suit Crowd' by FEMA veterans, the team was composed of private-sector individuals with little public health experience."