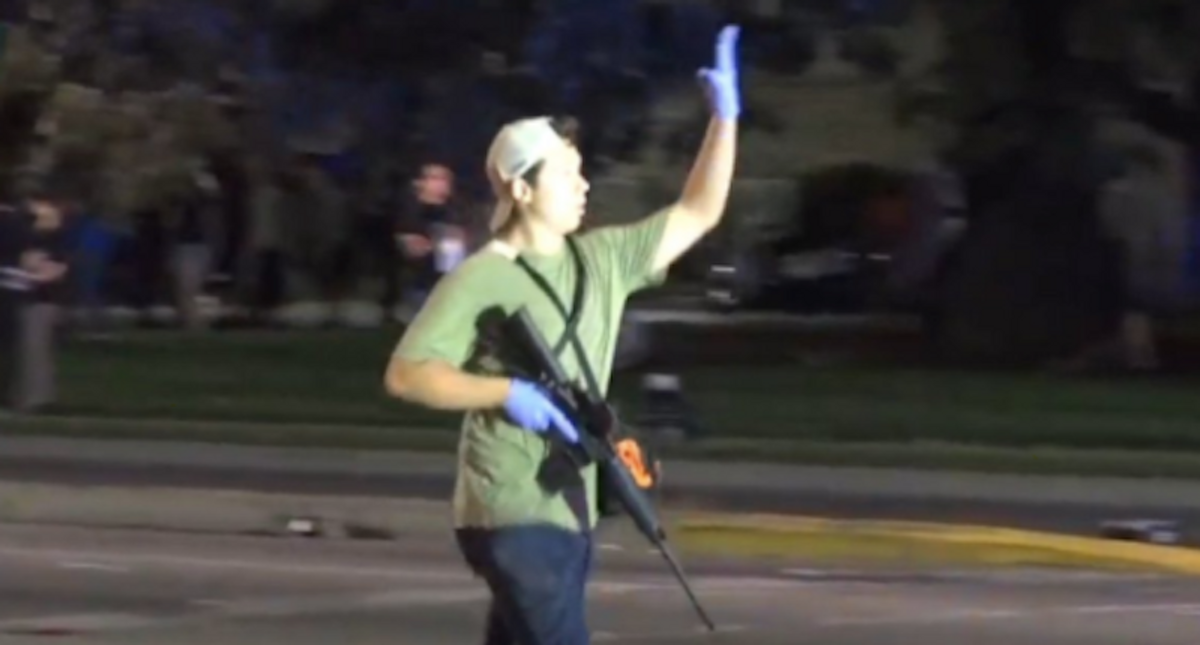 Kyle Rittenhouse could face new restrictions on his activity while out on bond after stopping by a bar and hanging out with some Proud Boys.

The 18-year-old was photographed Jan. 5 at the Mount Pleasant, Wisconsin, bar flashing "white power" hand gestures and associating with members of the right-wing extremist group, which serenaded him with their namesake song, "Proud of Your Boy," from the film "Aladdin," reported WTMJ-TV.

"The defendant's continued association with members of a group that prides itself on violence, and the use of their symbols, raises the significant possibility of future harm," said Kenosha County prosecutors in a court filing. "Further, this association may serve to intimidate potential witnesses, who may be unwilling to testify in this case because they may fear that the defendant's associates with harm them or their families."

Rittenhouse is charged with fatally shooting two people and injuring a third person during protests this summer over the police shooting of Jacob Blake, but he was released from jail on $2 million bond while he awaits trial.

Rittenhouse had visited Pudgy's Pub with his mother, and Wisconsin law allows underage drinking while in the company of parents.

Law enforcement was notified soon after Rittenhouse visited the tavern, shortly after pleading not guilty to homicide charges, and investigators gathered video and photo evidence showing the teen associating with Proud Boys and drinking alcohol, while wearing a T-shirt that read "free as f*ck."

He's due back in court March 10 for a pre-trial appearance.