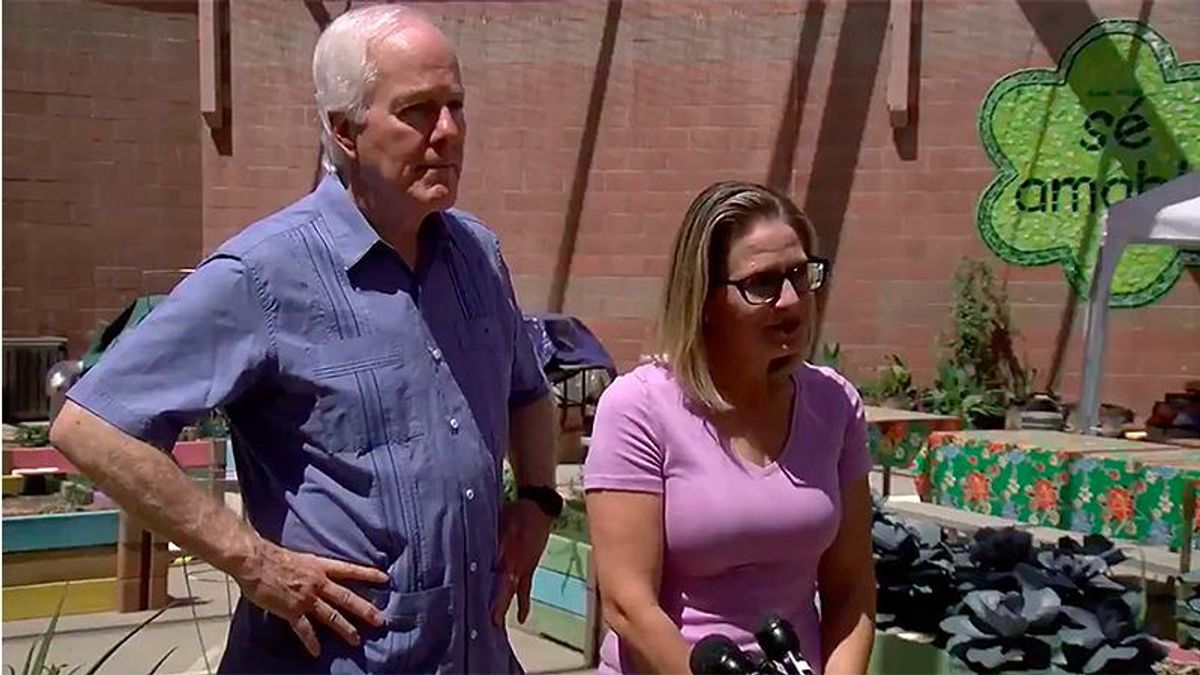 While standing with Sen. John Cornyn (R-TX), Sen. Kyrsten Sinema of Arizona fudged some facts about the filibuster that left some legal experts scratching their heads.

Sinema, who has only been in office for about a year and a half, claimed that she'd always supported the filibuster because it prevented radical swings back and forth with changes of power. She then claimed that she sees it as a tool to "protect" Democracy.

"To those who say that we must make a choice between the filibuster and 'X,' I say, this is a false choice," the alleged obstructionist claimed. "The reality is that when you have a system that is not working effectively . . . the way to fix that is to fix your behavior, not to eliminate the rules or change the rules, but to change the behavior."

The behavior problems Sinema references surfaced more recently when Sen. Mitch McConnell (R-KY) said that his single greatest endeavor would be to ensure former President Barack Obama was a one-term president. When President Joe Biden took over, McConnell made a similar comment, saying that he would block Biden's entire agenda for the next four years.

"One hundred percent of my focus is standing up to this administration," he told the press. It's unclear if Sinema missed the report on the "behavioral" problem. Thus far, no reporter has asked if she intends to fix McConnell personally.

"With all due respect to her, she got it completely wrong on the filibuster there," said Fallon. "She was standing next to John Cornyn when she was delivering that, and I think the visual to standing next to one of the top Republicans in the Senate, this jibberish about bipartisanship is just a matter of posturing right now to seem like a reasonable centrist figure in her home state of Arizona. That's all well and good. We've only had one major bill in the senate that has been derailed by the filibuster. It was the vote on the commission. What we need is a ramp-up. Like the For the People Act, the Voting Rights Act to come up in quick succession to have such a narrative takes shape the repeated construction of restoring in this country. And I think Chuck Schumer knows that. That is why he's teeing up the 'For the People bill' this month. They need to come up in rapid succession. So, but for the filibuster, they would be passing. The Black vote on the commission was the first step. They really need to lay a few more bricks to be able to lay the case with the public and to build their own resolve. I think when those actual measures come up, this will be an indefensible position for them to be taking."

Sinema is up for reelection in 2024, which would give her ample time to explain voting rights to the voters in her state, who have witnessed first-hand what can happen when partisans abuse the system. While it will be a top target in the country, Sinema also will be forced to make the case to Democratic donors that she's worth supporting financially. That likely won't be an easy task given her position.

Kyrsten Sinema needs to get a clue www.youtube.com