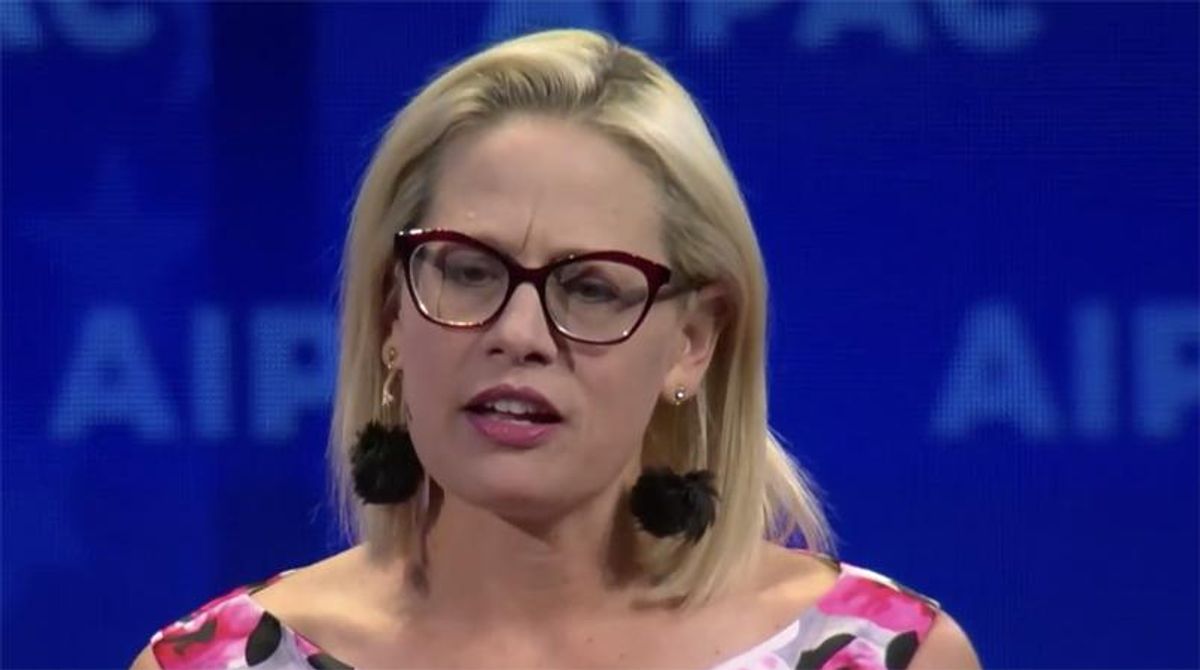 In a painfully blunt column for AZCentral, journalist Laurie Roberts called out Sen.Kyrsten Sinema (D-AZ) for not showing up to vote for the bipartisan Capitol riot commission and let the Democratic lawmaker know that she is getting "played' by the Senate's Republicans.

Noting that Sinema has expressed admiration for the late Sen. John McCain (R-AZ), who built up a reputation as a "maverick" willing to buck the GOP's wishes, Roberts wrote that Sinema isn't as independent as she seems to thinks she is.

"It's now been two days since Sen. Kyrsten Sinema took a walk when it came time to take a stand on investigating the Jan. 6 insurrection at the Capitol and two things are now clear: (1) Sinema was played for a fool by Senate Republicans. (2) Sinema is nothing like her 'hero', the late Sen. John McCain."

The columnist took Sinema to task for not only failing to show up to vote, despite the fact that she previously called the investigation "critical," while also saying her determination to not agree to rid the Senate of the current filibuster rules is wrong-headed.

"It's a noble sentiment and sadly, a naïve one, as Sinema should now realize. It takes two to tango and Republicans in the Senate on Friday sent a message, loud and clear, that they have no intention of putting on their shoes," the columnist lectured the lawmaker before noting she was nowhere to be seen when the vote on the commission was called.

"Sinema was a no-show. She didn't even bother to register a vote for the commission she supported," Roberts wrote. "Sinema owes Arizona an explanation but so far, all we've gotten is crickets. (Maybe she's wearing that "F--k off" ring again?)"

The columnist added, "The Jan. 6 commission wasn't going to pass even if she had been there. But if that's now the standard, then I suppose Sinema can make like a potted plant and skip votes on every key issue from now on. On the minimum wage. On immigration reform. On gun reform and voting rights and infrastructure and every other issue facing America. That is, if she's not willing to force Republicans to the bargaining table by threatening to reconsider her stance on the filibuster."

Robert concluded with a parting shot, writing: "But if Republicans refuse to budge on investigating insurrection, then really, they have no interest in compromising on … Well, anything. Then again, as it now stands, with Sinema in their pocket, they don't have to."