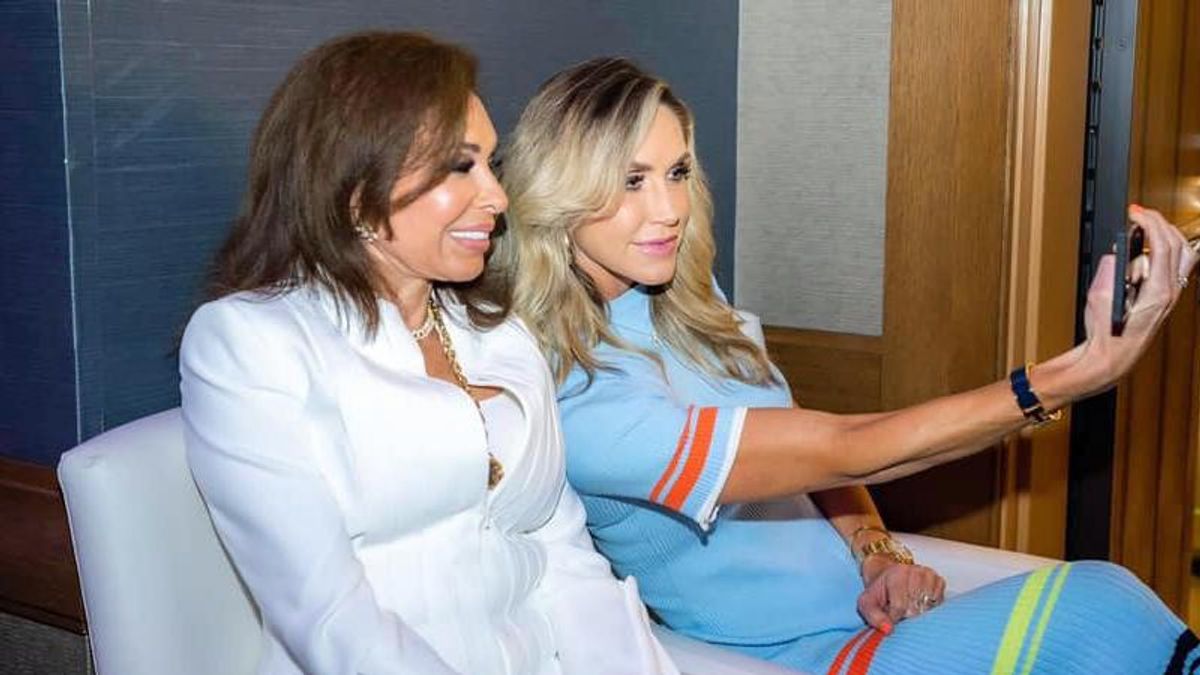 Trump said residents of Texas, New Mexico, Arizona, and California may need to engage in extra-legal violence against people perceived to be immigrants from south of the border.

"And I don't know what you tell the people that live at the southern border," she said. "I guess they better arm up and get guns and be ready — and maybe they're going to have to start taking matters into their own hands."

Fred Wellman, the executive director of the Lincoln Project, suggested the former president's daughter in-law may have committed a federal crime. Wellman cited "18 U.S. Code § 373 - Solicitation to commit a crime of violence" which allows prison sentences of up to 20 years for, "Whoever, with intent that another person engage in conduct constituting a felony that has as an element the use, attempted use, or threatened use of physical force against property or against the person of another in violation of the laws of the United States, and under circumstances strongly corroborative of that intent, solicits, commands, induces, or otherwise endeavors to persuade such other person to engage in such conduct..."

Here's what other people were saying about Lara Trump's comments:

I would love to know why this inflammatory nonsense is allowed on television. Fox opinion is often indistinguishab… https://t.co/W4uzKSu9Yp
— Angry Staffer (@Angry Staffer) 1623549814.0

They're willing to start a war and get people killed just to prove a lying orange con-man was right about the terri… https://t.co/UIDxPD3pFi
— Khashoggi’s Ghost (@Khashoggi’s Ghost) 1623550221.0

Just casually saying on a national broadcast that people should take up arms and start shooting immigrants. This is… https://t.co/8arRDy3aaR
— Zach D Roberts (@Zach D Roberts) 1623549515.0