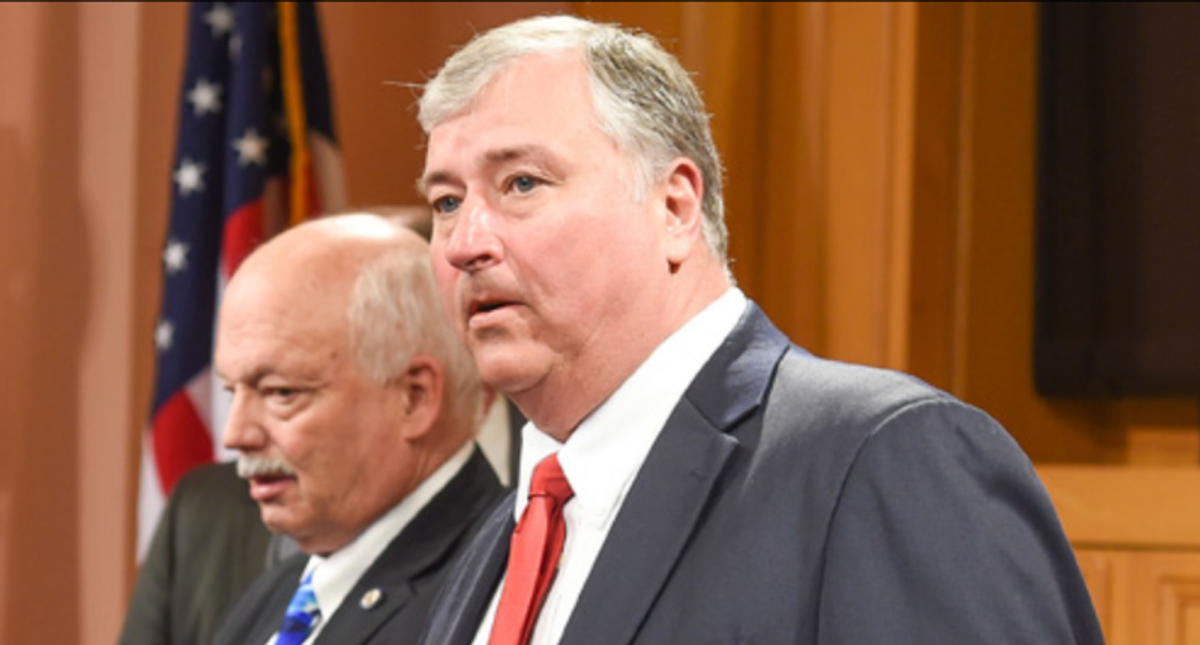 The scandal that made the Republican former Speaker of the Ohio state House one of the most unpopular politicians in American history expanded after a reporter noticed a fascinating admission in a regulatory filing.

"A previously unnoticed disclosure by FirstEnergy Corp. says the millions of dollars the company says it paid to someone shortly before they were hired as a top state utility regulator led to that person taking actions on the company's behalf in their new state job," Andrew Tobias reported for the Cleveland Plain Dealer. "In densely-worded legal disclosures filed in November, the Akron-based company said the $4.3 million payment the company made in January 2019 led to 'conduct corresponding to such payment,' and to that person 'acting at the request or for the benefit of FirstEnergy as a consequence of receiving such payment.'"

"The company said the payment was a 'noncompliance' event that violated its terms with banks that lend it money, as was conduct by FirstEnergy officials 'during the time period after such payment during which the Individual was acting in any governmental or regulatory capacity.' The filings document updates to FirstEnergy's agreements with its lenders, including new language describing the company's compliance with anti-corruption laws," the newspaper reported. "FirstEnergy updated its terms with its lenders to account for the $4.3 million payment on Nov. 17, according to the documents. The day before, the FBI raided then-Public Utilities Commission of Ohio Chairman Sam Randazzo's home in Columbus. Randazzo quit on Nov. 20, the day after FirstEnergy disclosed the payment in its quarterly report filed with the U.S. Securities and Exchange Commission."

It is all part of the scandal that toppled the powerful speaker of the Ohio state House.

"The FBI searched Randazzo's home amid a federal investigation into the passage of House Bill 6, a nuclear bailout bill prosecutors say FirstEnergy helped secure thanks to $60 million in bribes the company paid to former House Speaker Larry Householder and his associates. FirstEnergy has said its discovery of the $4 million payment, uncovered during a review launched in response to the federal probe, prompted it to fire then-CEO Chuck Jones and two other top company executives in late October," the newspaper reported.

The topic was covered by Cleveland.com's morning podcast: