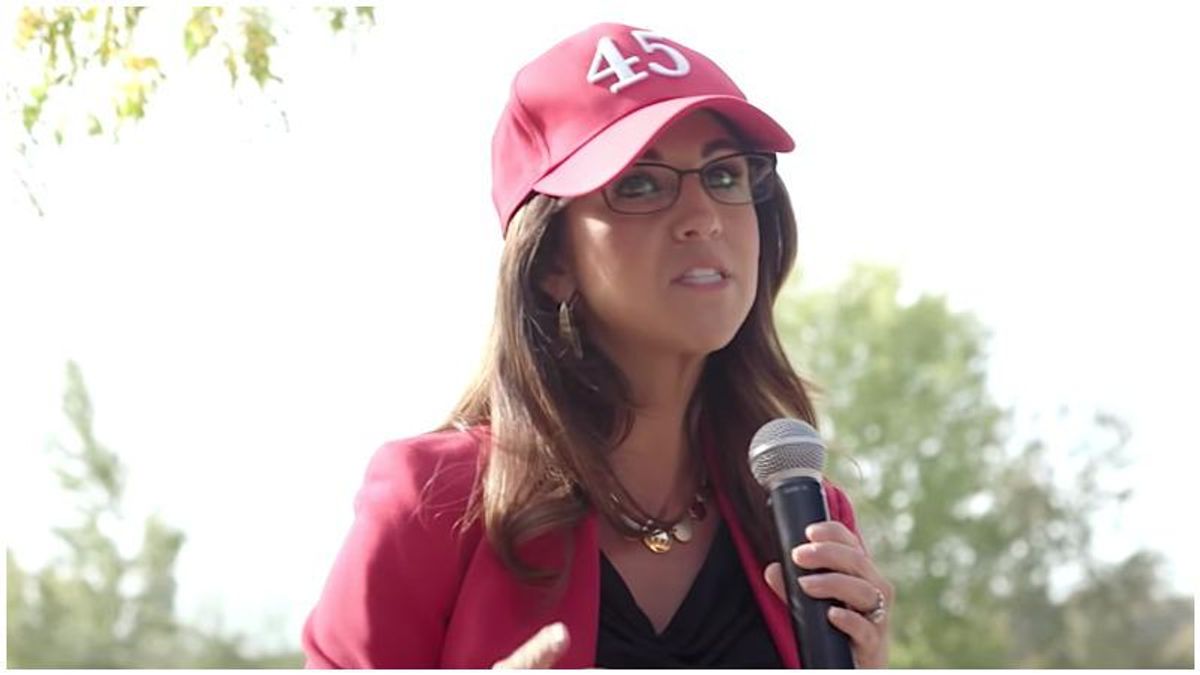 Trump-loving Rep. Lauren Boebert (R-CO) on Tuesday was quickly drowned in mockery after she endorsed a false claim by Fox News host Tucker Carlson about windmills being to blame for power outages across the state of Texas.

Writing on Twitter, Boebert approvingly shared a video clip of Carlson blaming frozen wind turbines for the power outages, despite the fact that the outages were caused by a combination of a spike in demand and outages at energy plants that use multiple sources of energy, not just wind.

"It takes a special kind of stupidity to run out of energy in Texas," she wrote. "Tucker Carlson does a great job here of exposing the green energy scam and how bad policy hurts people."

Far from being a "scam," wind energy has been a major success for Texas, and in recent years has been responsible for generating around 20 percent of all electricity produced in the state.

Boebert's ignorance about energy policy was quickly ridiculed -- check out some reactions below.