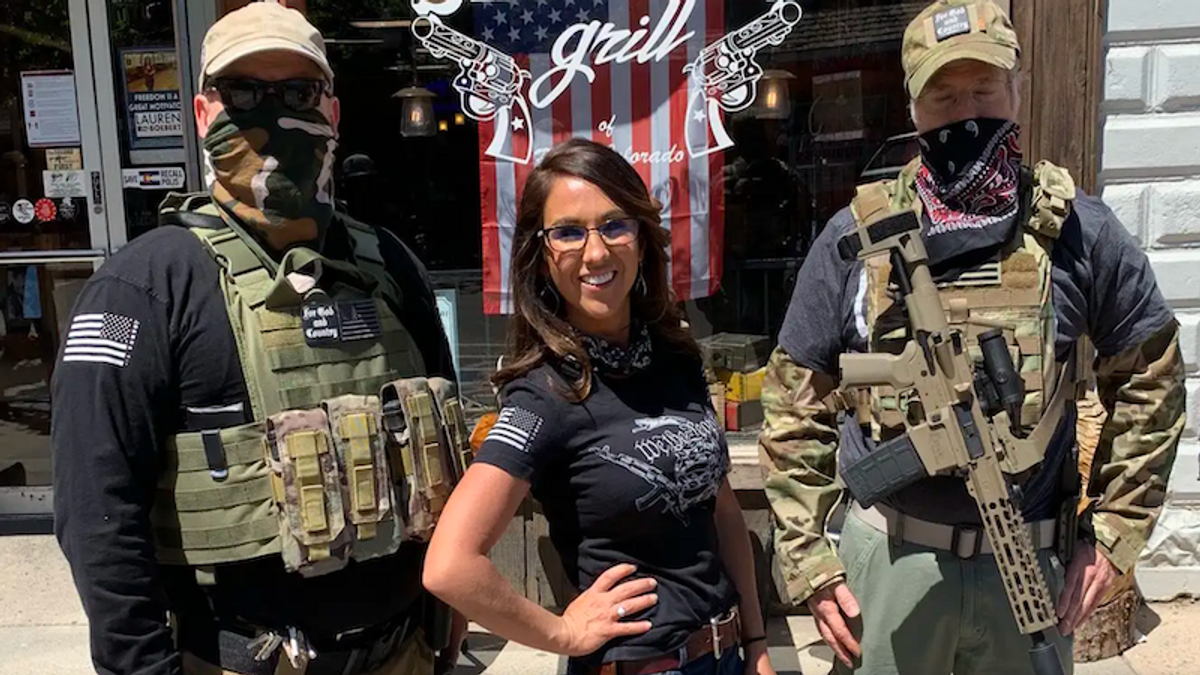 "I think she's just part of that mentality that the Glock is inexpensive, lightweight, easy to service (and there are) a lot of accessories for it," said Greg Algazi, a gunsmith who runs a Glenwood Springs pawn shop. "The accessory market and the after market parts for the Glock are enormous. You can change sights out quickly and cheaply, you can get extra mags quickly and cheaply."

GOP elected officials and party functionaries in her home district have been reluctant to comment on Boebert's activities in Washington, D.C., but many voters support her behavior.

"I feel like she's my voice when I didn't feel like I had one," Jamie Cure, a third-grade teacher from Glenwood Springs, told 5280. "She's ignited me to be proud to be American again."

"When I heard about some of the messaging that she was putting out on social media, I felt as a local representative that she was not really representing her constituents," said Glenwood Springs City Council member Shelley Kaup, an independent who signed the letter.

But for her supporters, Boebert is doing exactly what they want her to do.