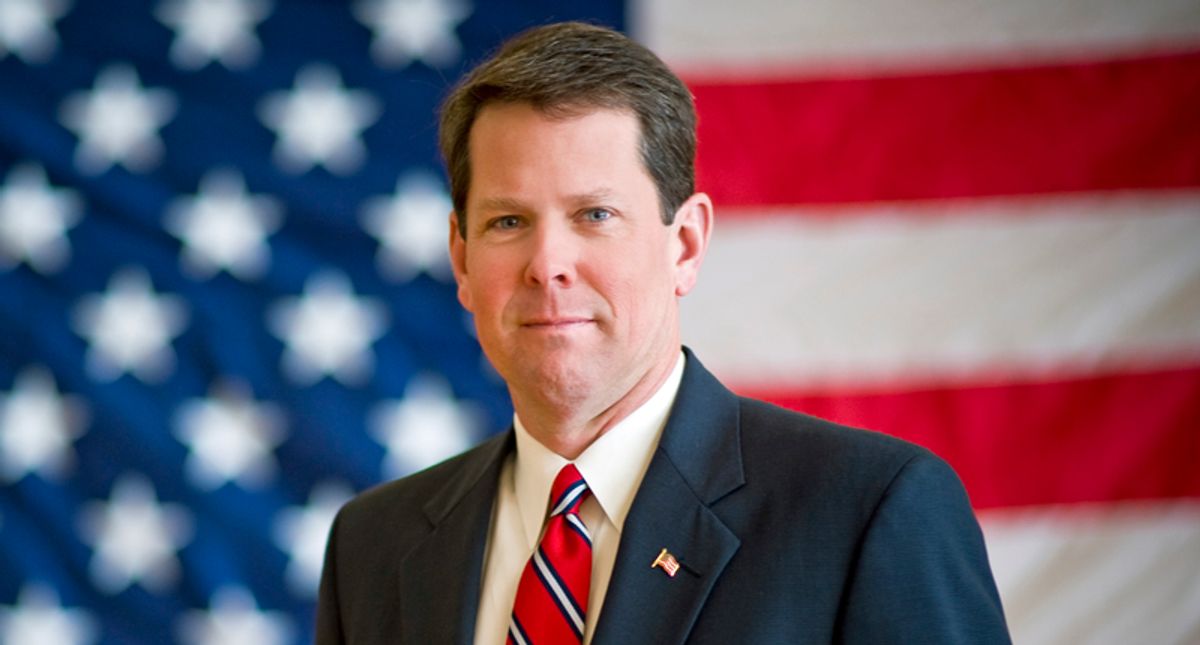 Civil rights groups have been lambasting Republicans for the many voter suppression bills they have been proposing in state legislatures all over the U.S., warning that the bills are designed to make it more difficult to vote. But election law expert Rick Hasen, in a New York Times article published this week, warns that making voting harder or more of a hassle is not the worst part of these bills — or in the case of Georgia's so-called Election Integrity Act of 2021, an actual law.

The most "dangerous" part of Republican voter suppression bills, according to Hasen, is the type of power they would give Republicans over the administration of elections.

Hasen is worried that Republicans want to give themselves the ability to throw out democratic election results that they don't like.

"A new, more dangerous front has opened in the voting wars, and it's going to be much harder to counteract than the now-familiar fight over voting rules," Hasen warns. "At stake is something I never expected to worry about in the United States: the integrity of the vote count. The danger of manipulated election results looms."

Georgia's Election Integrity Act, which was signed into law by Republican Gov. Brian Kemp in March, is being slammed for, among other things, making it harder to obtain an absentee ballot and making it illegal to give food or water to someone waiting in line to vote. But according to Hasen, other parts of the law are "even more concerning."

"The Georgia law removes the secretary of state from decision-making power on the state election board," Hasen explains. "This seems aimed clearly at Georgia's current Republican secretary of state, Brad Raffensperger, punishing him for rejecting (former President Donald) Trump's entreaties to 'find' 11,780 votes to flip Joe Biden's lead in the state. But the changes will apply to Mr. Raffensperger's successor, too, giving the legislature a greater hand in who counts votes and how they are counted."

Hasen compares the Election Integrity Act to GOP actions in other states, noting a disturbing pattern.

"Michigan's Republican Party refused to renominate Aaron Van Langevelde to the state's canvassing board; Mr. Van Langevelde voted with Democrats to accept Michigan's Electoral College vote for Mr. Biden as legitimate," Hasen observes. "He was replaced by Tony Daunt, the executive director of a conservative Michigan foundation that is financially backed by the DeVos family. Even those who have not been stripped of power have been censured by Republican Party organizations, including not just Mr. Raffensperger and Georgia's Republican governor, Brian Kemp, but also, Barbara Cegavske, the Republican secretary of state of Nevada who ran a fair election and rejected spurious arguments that the election was stolen."

Hasen continues, "The message that these actions send to politicians is that if you want a future in state Republican politics, you had better be willing to manipulate election results or lie about election fraud. Republican state legislatures have also passed or are considering laws aimed at stripping Democratic counties of the power to run fair elections. The new Georgia law gives the legislature the power to handpick an election official who could vote on the state election board for a temporary takeover of up to four county election boards during the crucial period of administering an election and counting votes."

The election law expert stresses that civil libertarians not only need to be talking about "voter suppression" — they also need to be sounding the alarm about "election subversion."

"Combating efforts that can undermine the fair administration of elections and vote counting is especially tricky," Hasen notes. "Unlike issues of voter suppression, which are easy to explain to the public — what do you mean you can't give water to voters waiting in long lines?!? — the risks of unfair election administration are inchoate. They may materialize or they may not…. We may not know until January 2025, when Congress has counted the Electoral College votes of the states, whether those who support election integrity and the rule of law succeeded in preventing election subversion. That may seem far away, but the time to act to prevent a democratic crisis is now."