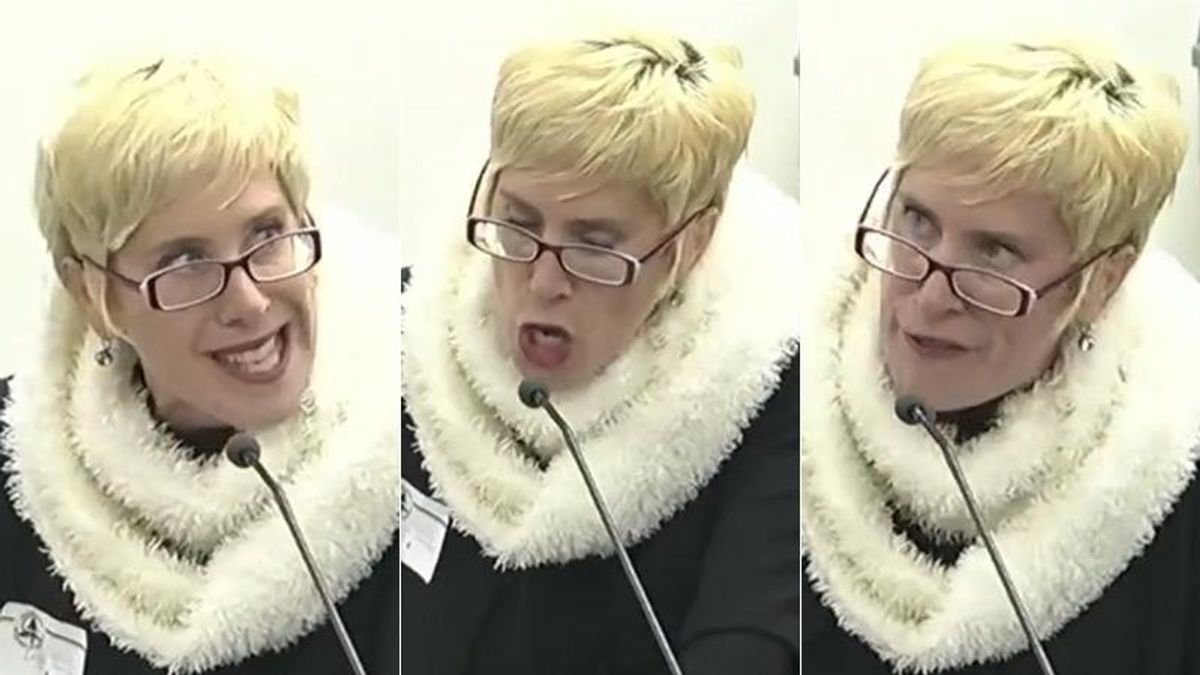 A lawyer who cheered on the pro-Trump insurrection at the U.S. Capitol on January 6 is now spearheading anti-vaccine protests in Orange County, California.

The Voice of OC reported this week that Leigh Dundas "has been organizing people online to show up to county supervisors meetings and the OC Board of Education meetings to reject mandatory vaccinations and shot passports."

"Public comment during those meetings have become a hotbed of conspiracy theories," reported Spencer Custodio. "Dundas said the community members are also helping fund a series of television commercials warning people against vaccine passports. 'They were funded by everyone,' Dundas told supervisors. 'This [vaccine passport] is a plan that has 1984, Nazi Germany [in it] … nobody is a fan.'"

In April, Dundas appeared at an Orange County Board Education meeting, where she compared the COVID-19 vaccine to the Holocaust.

Dundas, a self-proclaimed "human rights attorney" and an "Operating Thetan" of the Church of Scientology, has reportedly been sought by the FBI for her role in the January 6 attack on the U.S. Capitol, according to The Underground Bunker.

"On January 5 she urged on a crowd with this rhetoric: 'We would be well within our rights to take any alleged American who acted in a turncoat fashion and sold us out and committed treason, we would be well within our rights and take them out back and shoot 'em or hang 'em…' Tony Ortega, the former executive editor of Raw Story, reported in February.

Dundas filmed herself outside the Capitol building on January 6. "This is a country that was birthed in a revolution and God help us, we are going to fight another one if that is what it takes," she says in one video.

"Video also emerged showing her near the doors of the Capitol itself. Later that afternoon she gave another fiery broadside exhorting her listeners to 'fight on! Fight for your country!' while protesters were breaking windows and pushing into the building behind her," Ortega noted.

But it is unclear if she ever entered the Capitol building herself.