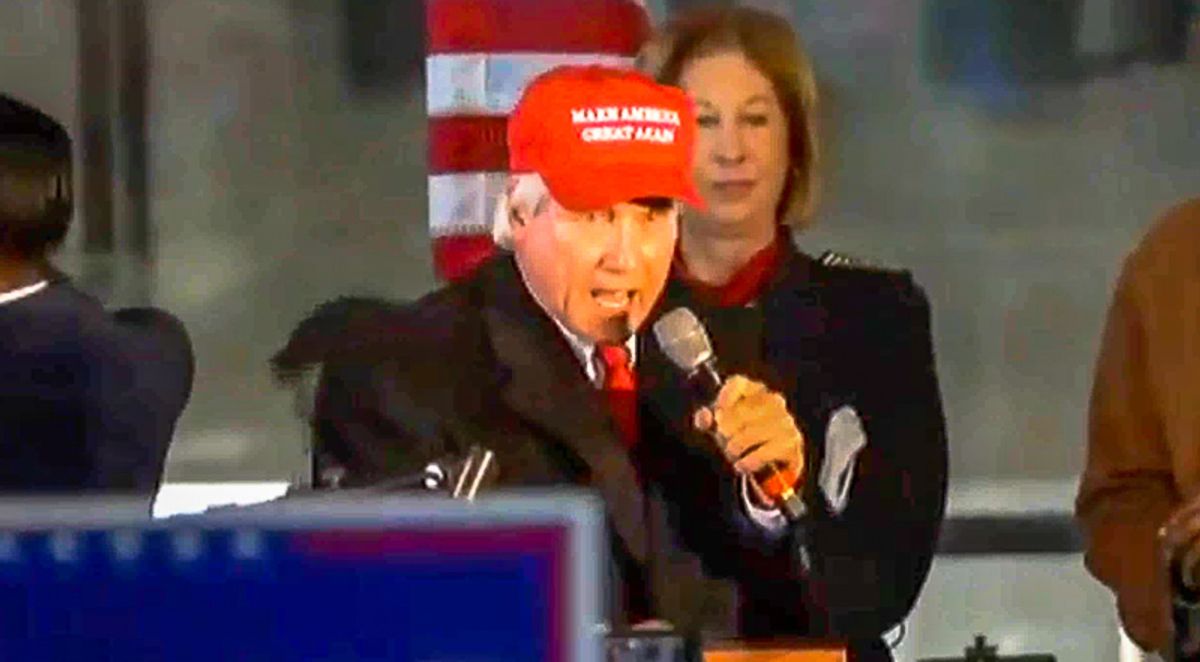 On Thursday, Law & Crime reported that former legal partners of pro-Trump attorney Lin Wood allege that he suggested he might be the second coming of Jesus Christ, and admitted to assaulting one of them in an elevator on tape.

The allegations appear in filings for a lawsuit by former partners Nicole Wade, Jonathan Grunberg, and Taylor Wilson, which accuses Wood of fraud and breach of contract for agreeing to an undisclosed settlement when they left the firm over his "erratic, hostile, abusive, and threatening" behavior, then not following through with the agreed payment.

The partners claim that they have taped Wood saying, "I might actually be Christ coming back for a second time in the form of an imperfect man, elevating Christ consciousness. That cause you to have a little bit of a chill? Who would be more eloquent to say what the will of God is, the belief of God in me ... I represent Moses. I represent Ananias the believer. I'm like the power of King David. Now look you all, I told you I was going to pray tonight to my God, not to myself, because to me there's God and there's me."

The partners also claim that he admits on tape to an incident in which he physically assaulted Grunberg in a hotel elevator during an out-of-town deposition for "essentially no reason whatsoever."

Wood, who has represented a number of controversial right-wing litigants, has been a key player behind the lawsuits seeking to overturn the presidential election, although he has fallen from favor among President Donald Trump's inner circle for his erratic behavior and his calls for a right-wing "boycott" of the pivotal Georgia Senate runoffs.

He has also attracted attention for suggesting with zero evidence that Chief Justice John Roberts, who refused to take up a number of pro-Trump voting challenges, is a child sex trafficker and may have been involved in Antonin Scalia's death.