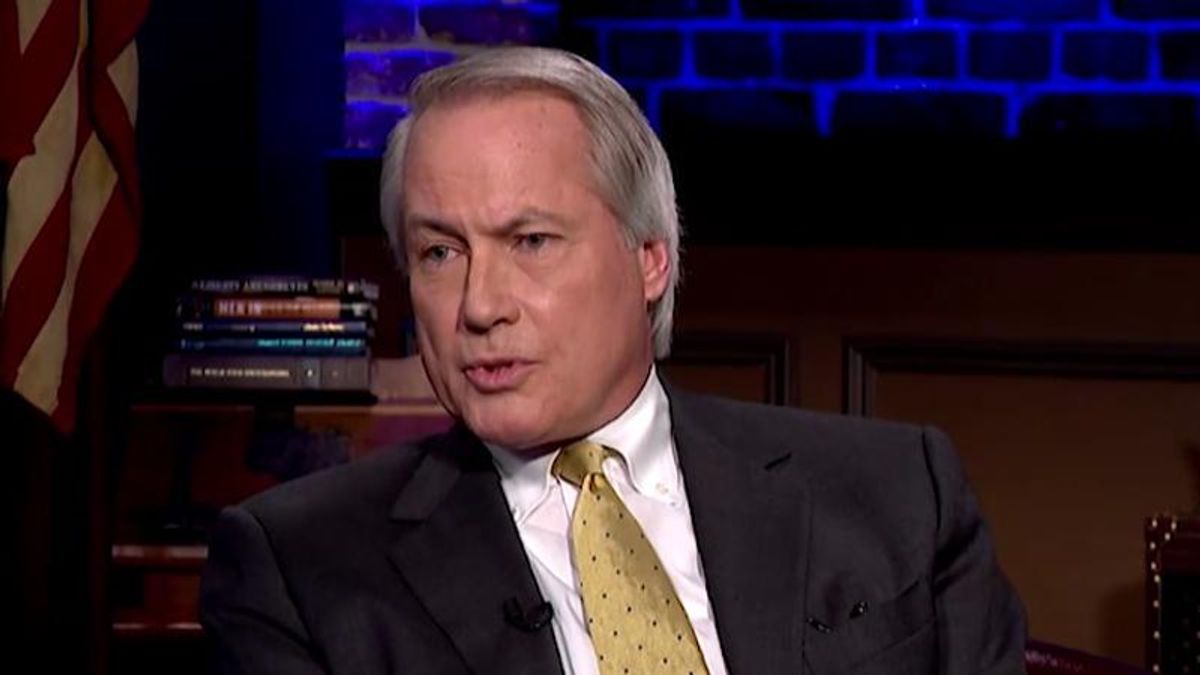 On Monday, writing for The Bulwark, Republican Voters Against Trump founder Tim Miller tore into pro-Trump attorney Lin Wood for his half-baked plan to take over the South Carolina Republican Party and turn it into a vessel for his conspiracy theories.

"On a late pandemic Friday night, the Richland County Republican Party held its convention in a drab, windowless conference room, with the AC blowing full blast. Among the overwhelmingly maskless congregants was Lin Wood, candidate for state party chairman and the Trump ally who managed to out-kraken Sidney Powell in the competition for the most preposterous legal challenges to last November's election," wrote Miller. "This gathering of anosognosiacs took place in the heart of South Carolina's GOP establishment swamp — which in turn makes it hostile territory for Wood's wackadoodle insurgent campaign that is based primarily on his conviction that every major player in the state and national Republican party (besides The Former Guy) is possibly complicit in the real pandemic — child-sex trafficking."

Wood is best known for his conspiracy theories that the 2020 election was stolen — ironically even as he faces a state investigation in Georgia for possibly committing voter fraud himself. But that is just the beginning.

"While Wood dabbles in a wide range of ruses and flimflam, his bread and butter is sex-crime accusations, in particular the QAnon-inspired conspiracy about the country's 'real pandemic' — the sex trafficking of underage boys and girls," noted Miller. Wood has claimed the current GOP leaders in South Carolina are ignoring child trafficking, and in recent months, Wood drew national attention for claiming, with no evidence, that Chief Justice John Roberts is involved in a pedophile ring.

"Lin Wood told an audience in Aiken, 'If you do not live a life of truth, you will not see the kingdom of God,'" wrote Miller. "Was that a confession? A satanic death wish? Has he gone completely mad? Is he merely an eccentric rich guy who loves the attention and wants to see how far he can take the bit? Somewhere in between?" Regardless, he concluded, "Lin Wood had his stage and he wasn't going to get off."