This year during Father's Day, Wood lamented the relationship with his children had gone but claimed then that he didn't care.

"I will reverse roles and give them a gift which in time, they will cherish for the rest of their lives," Wood wrote on Parler in June. "My gift to them is my renewed commitment to fight the enemies of freedom so that my children and their children and generations of children to come, (sic) will breathe the fresh air of liberty."

That attitude changed over the holidays when Wood decided that his work or behavior had nothing to do with his childrens' estrangement. It is all due to the government.

"Is it possible that scum bag operatives in the Deep State might be threatening, even blackmailing the father's children? Then using the forced alienation from his children to attack the father? The Deep State will stop at nothing to destroy its enemy."

He claimed that he's an enemy of the "deep state" and has been for 25 years. It's unclear exactly how Wood has been a personal injury and medical malpractice attorney for most of his life before becoming a kind of "defamation" lawyer for the rich and notorious. In the last few years that he's had lawsuits that were politically related. 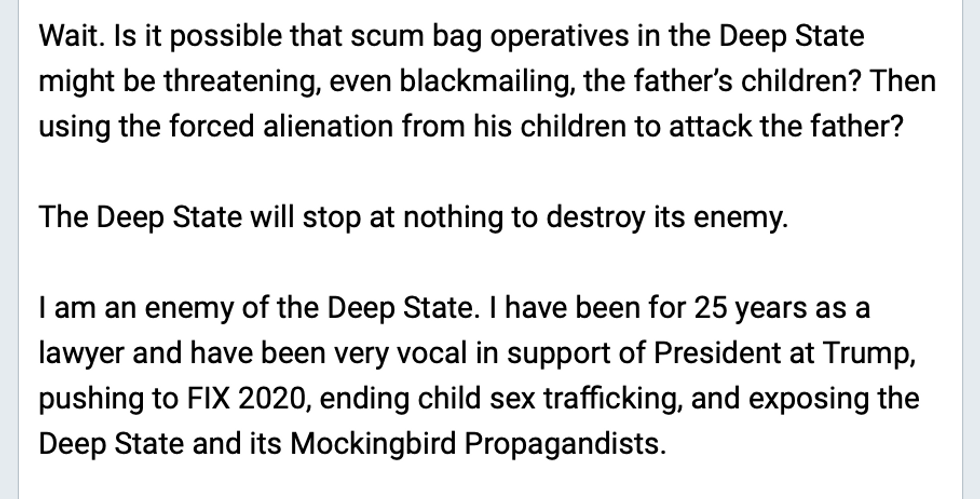