"I will reverse roles and give them a gift which in time, they will cherish for the rest of their lives," Wood wrote. "My gift to them is my renewed commitment to fight the enemies of freedom so that my children and their children and generations of children to come, (sic) will breathe the fresh air of liberty."

He pledged that he would never quit his fight. "I only surrender to God," he continued. "'Insignificant' will not be on my tombstone."

Given the attacks from his foes and even from fellow Republicans, Wood certainly won't be forgotten, but he might be remembered in a way he wouldn't appreciate.

"One man CAN make a difference," Wood promised. "And every man should try. I know millions of Patriot (sic) fathers share my feelings and will give this same gift to their children today."

Wood maintains that Trump will rise to power in August and supports the idea of a military backchannel that Trump has to control the American Armed Forces. Neither is true. Wood is also being investigated for mental fitness by the Georgia State Bar Association. 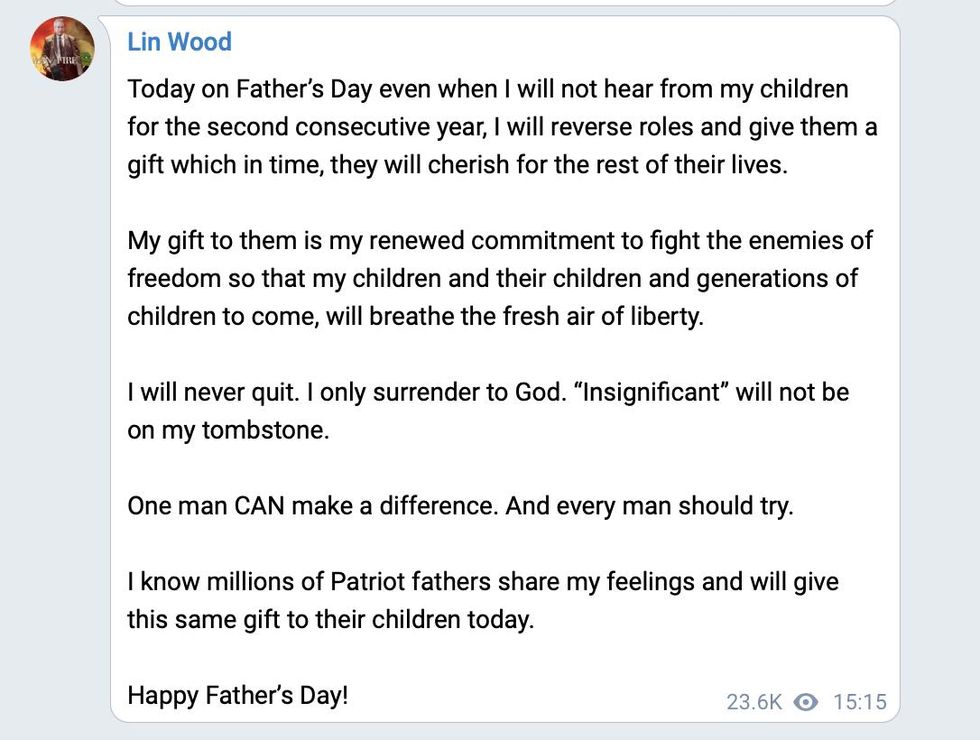