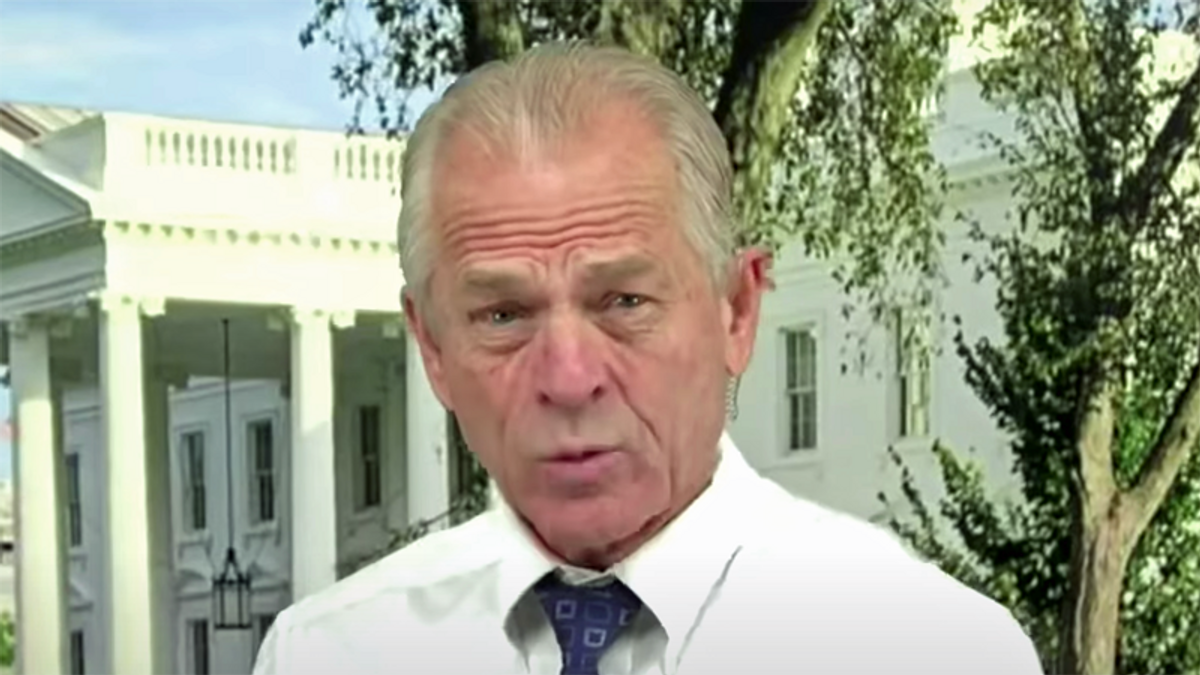 The Lincoln Project continues to dog supporters of the president on Donald Trump's last Thursday in office.

During a Thursday interview with Fox Business host Maria Bartiromo, Navarro whined about Trump being impeached for the second time.

"What happened yesterday was a travesty," Navarro argued. "The Democratic Party did violence to this country by attacking a president who I believe was legally elected on Nov. 3. If the election was held today, he'd be elected again. And if he runs in 2024, he will be elected then."

"I've never been more pissed off in my life," he continued. "And I think there's 74 million Americans who voted for President Trump, who feel exactly the same way. So I would say to these people on Capitol Hill, knock it off. Stop this. Let the man leave peacefully with his dignity."

On Thursday, Navarro was photographed by Erin Scott leaving the West Wing with a photograph of Trump and Chinese President Xi Jinping.

The Lincoln Project photoshopped the image to show the framed photo depicting the fatal riot at the U.S. Capitol on January 6th.