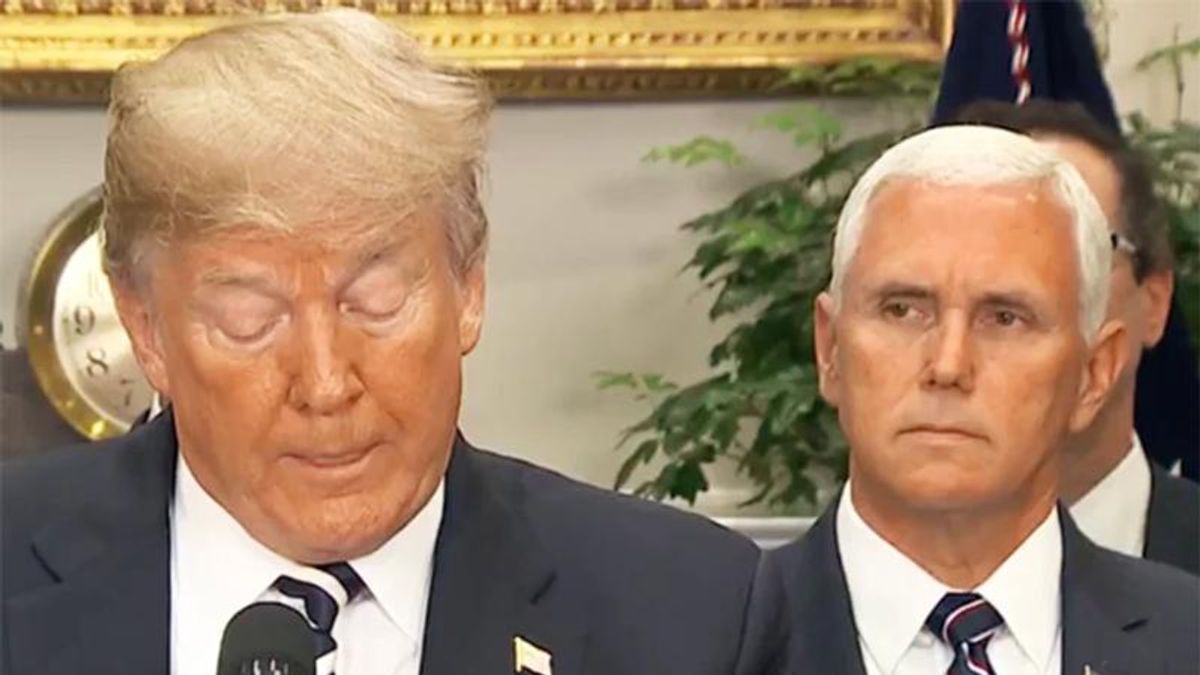 In his latest "How It Happened" podcast, Swan explores the "butterfly effect" that occurred when the Lincoln Project began airing ads on Fox News in the Washington D.C. market late last year that taunted Trump for the role that Pence would play in overseeing the congressional certification of President Joe Biden's victory.

"On January 6, Mike Pence will put the nail in your political coffin," the ad informed him.

According to Swan, Trump had absolutely no idea that Pence would play a ceremonial role in certifying the election results before he saw the ad, and he immediately started "bullying" the vice president until he agreed to "refuse to certify the election."

Pence, however, understood that he could not legally refuse to certify the results, but he told Trump that he would ask his general counsel to look into it in the hopes that the former president would simply forget about his demands.

Trump, however, recruited GOP legal scholar John Eastman to personally lobby Pence to overturn the election, despite the fact that no other reputable attorney believed the vice president could do such a thing.

Pence was still resistant, however, which led Trump to turn up the heat and start publicly demanding Pence take action on January 6th -- all of which culminated in Trump supporters chanting, "Hang Mike Pence!" during the Capitol building riots.

Listen to the whole podcast here.