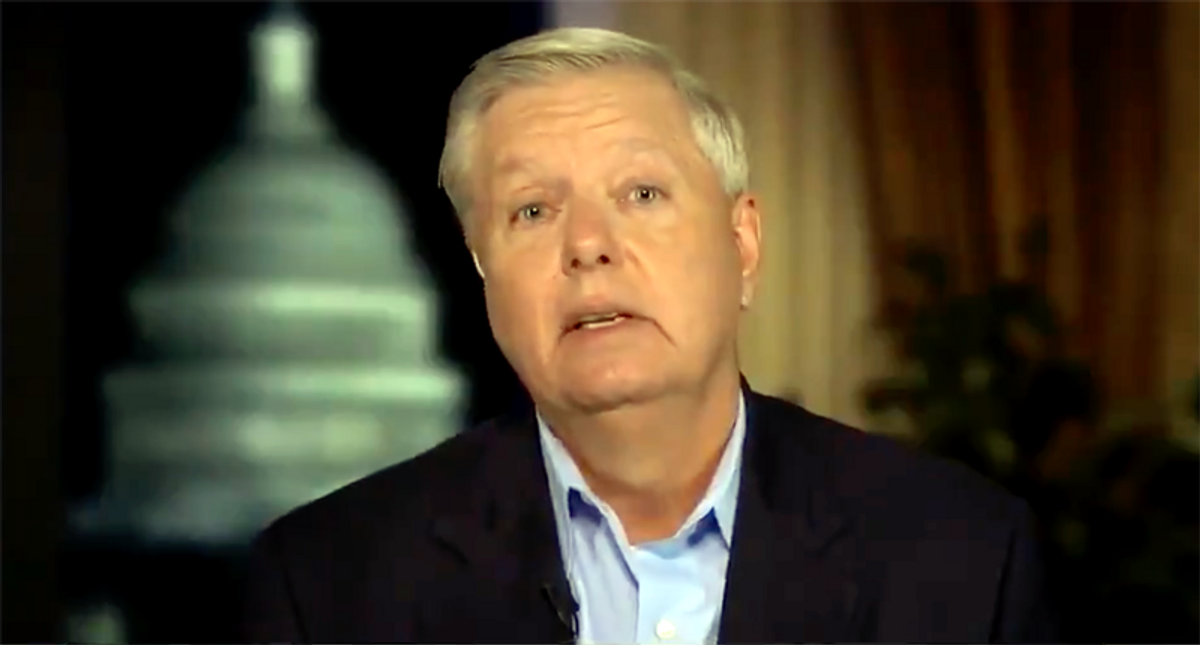 On Thursday, according to POLITICO, Sen. Lindsey Graham (R-SC) broke with Senate Majority Mitch McConnell (R-KY) and publicly called for a standalone vote on House Democrats' legislation to raise direct COVID-19 stimulus payments from $600 to $2,000 — a move that is supported by both outgoing President Donald Trump and President-elect Joe Biden.

"We have seven Republicans who've already said they would vote for it. We need five more," he added. "I think if we had the vote, we would get there."

McConnell has falsely blasted the legislation as a giveaway to wealthy Democratic donors, even though the stimulus is means-tested. He has said he will only allow a vote on the stimulus if it is tied to two other demands from Trump: a repeal of internet speech protections and a new commission to investigate the president's conspiracy theories on election fraud.

Democrats are unlikely to support this combined package, and even if they did, there is almost no time left for the House to reconvene and pass it.