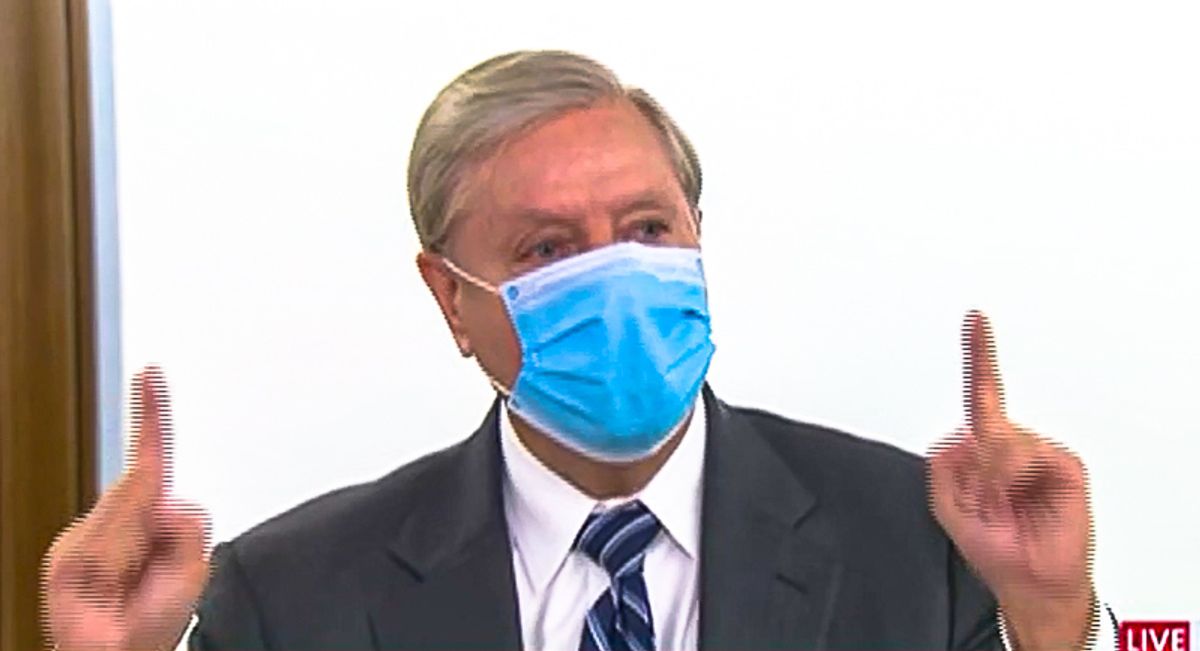 Politico reporter Daniel Lippman and others posted video of incident on Twitter.

"You're a liar," a woman shouts at Graham.

Trump supporters have been angry with Graham for not going along with their failed insurrection.

As security escorted Graham away from the gate, the crowd of Trump supporters chanted, "traitor."

"One day, they will not be able to walk down the street -- it is today," a maskless woman in a Trump T-shirt shouted.