Lindsey Graham is wasting his time trying to play peacemaker between Trump and Mitch McConnell: CNN 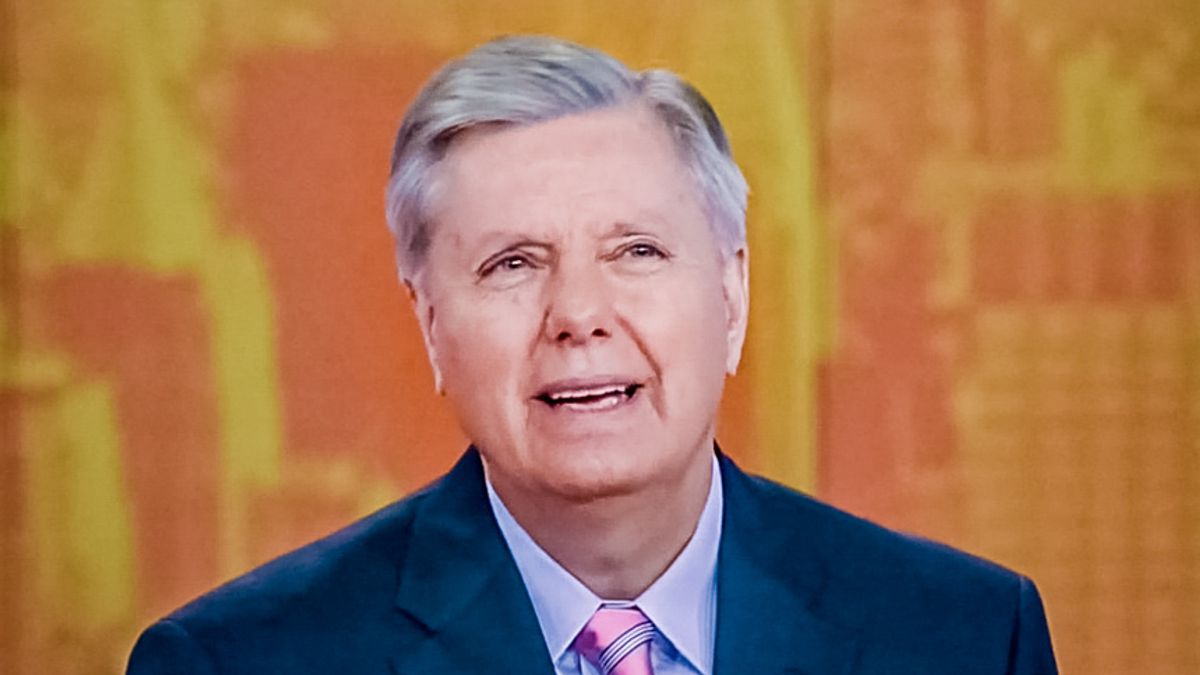 Sen. Lindsey Graham's plan to travel to Florida this weekend to broker a ceasefire between Donald Trump and Senate Minority Leader Mitch McConnell (R-KY) was met with a great deal of skepticism by CNN's Chris Cillizza, who suggested the South Carolina Republican will either walk away with nothing or with a pocketful of empty promises from the former president.

Earlier this week Graham told a Fox News host, "They're now at each other's throat. I'm more worried about 2022 than I've ever been. I don't want to eat our own" -- so he made plans for a pilgrimage to Mar-a-Lago this weekend in order to tamp down hostilities.

However, as CNN's Cillizza points out, Graham -- who has dealt with Trump for four years and who tweeted in 2016, "If we nominate Trump, we will get destroyed.......and we will deserve it" -- isn't fooling anyone who has also watched Trump run roughshod over Republicans during the length of his administration if they were not uncritically on his side.

As Cillizza reminded readers, "Following the acquittal of Trump by the Senate over inciting the riot at the US Capitol, McConnell took to the Senate floor and blasted Trump, insisting that there was 'no question that President Trump is practically and morally responsible for provoking the events of that day.' Trump shot back with a lengthy -- and falsehood-ridden -- statement in which he called McConnell a 'dour, sullen, and unsmiling political hack.'"

Admitting that Republicans need to lower the temperature within the party if they hope to make any gains in the 2022 midterms, the political analyst said Trump has no interest in saving the GOP because he only cares about himself -- always has, always will.

"He [Trump] has never made any attempt to hide the fact that his list of priorities goes something like this: 1. Trump 2. Trump 3. Trump blood relatives 4. Everyone else in the world," he wrote. "Whenever Trump did something in office that was broadly interpreted to help the Republican Party at large, it was purely a happy offshoot of his main goal: To advance his own brand and self-interest."

Cillizza also noted that Trump only became a Republican when it served his interests when it came to running for president and has no loyalty to the party that grudgingly made him their standard-bearer.

Pointing to Trump's war on former Sen. Jeff Flake (R-AZ) who was, for all intents and purposes driven from office under Trump's withering attacks, the CNN analyst said Trump is not one to forgive and forget.

"That was a taste of things to come. Time and time again over Trump's four years in the White House, he made clear that fealty to him was far more important than commitment to long-standing conservative values. Trump quite clearly saw the Republican Party as a cult of personality organized around his whims and whines, not a national political party with a set of beliefs that transcended any one person," he wrote before adding, "This is the Trump that Graham is going to try to make peace with over the weekend. You can't appeal to someone's party loyalty when they have no party loyalty. Trump cares solely about himself and advancing his own personal, financial and political fortunes."

"And you can't bargain with someone like that," he lectured.