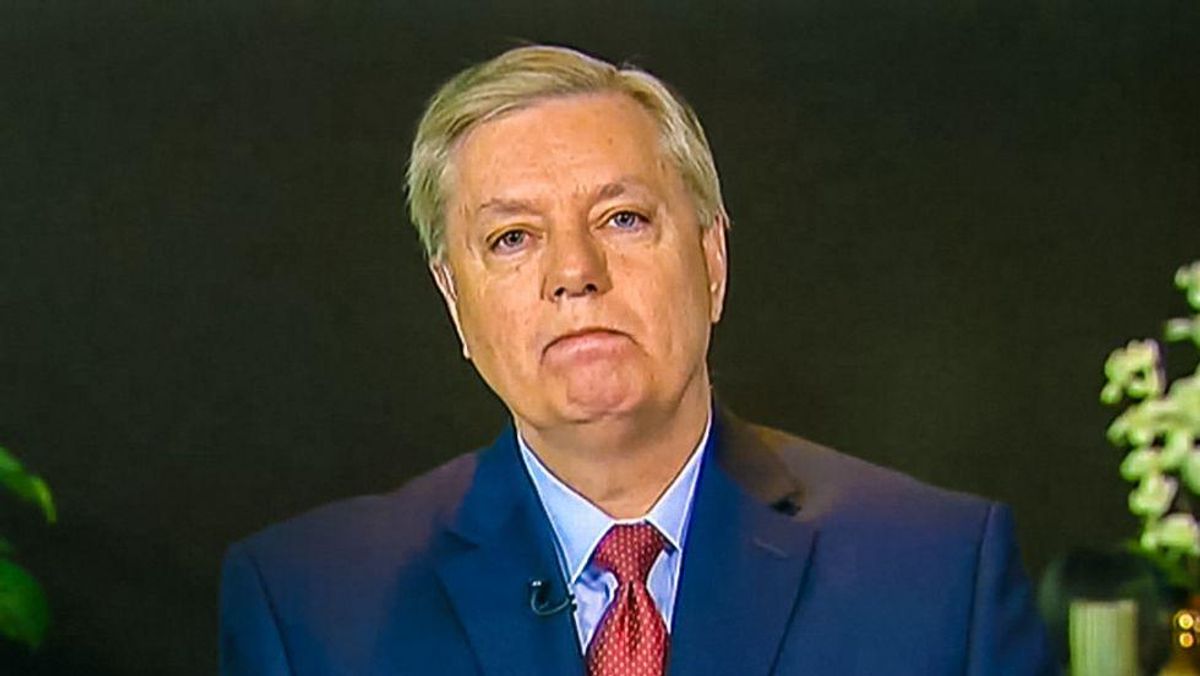 Critics of Sen. Lindsey Graham (R-SC) are ready to bid him goodbye and safe travels after he told Fox Business personality Maria Bartiromo he would rather flee the nation's capital than vote on an infrastructure bill that would help his constituents.

Taking his cue from Texas Democrats who left the state to stymie the passage of a voter suppression bill, Graham boasted, "Hell, yeah, I would leave," which many critics of Donald Trump's biggest defender in the Senate agreed would improve things considerably in Congress.

So they let him know -- as you can see below:

@atrupar You’d think @LindseyGrahamSC would be less of a rube when it comes to Senate rules. Quorum is 51 Senators… https://t.co/MKUfeZgcAz
— Pádraig Ó Séaġḋa (@Pádraig Ó Séaġḋa) 1626625522.0