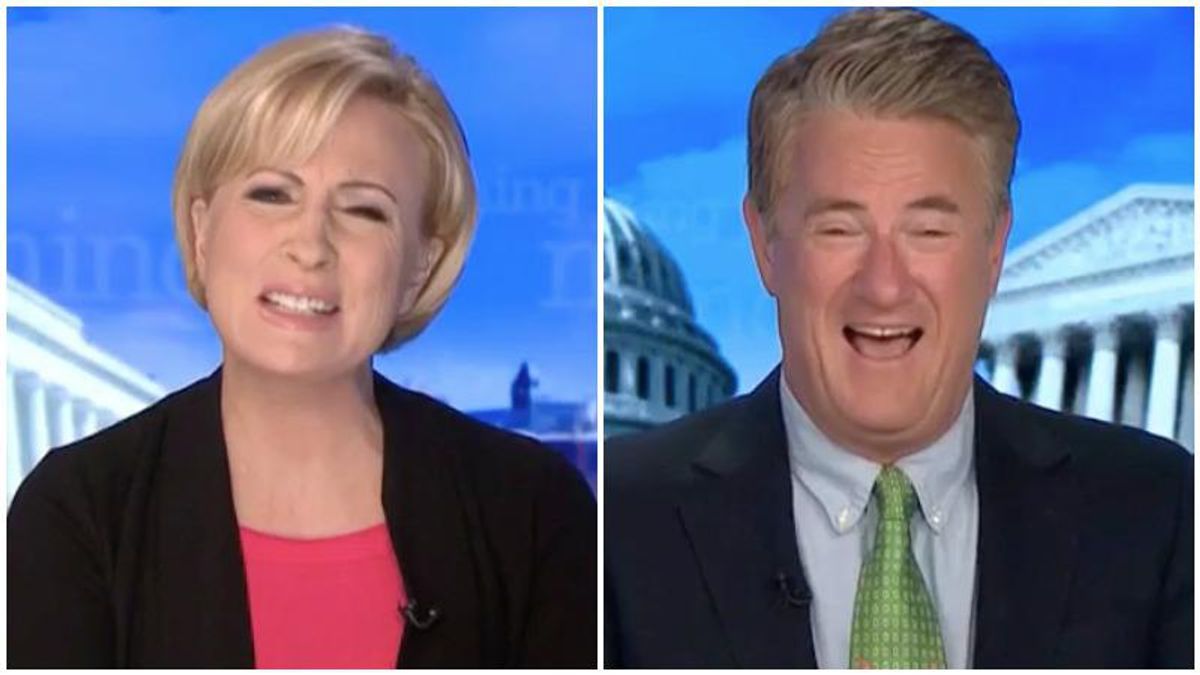 "First of all, Joe, I want to thank you for letting me into your life, much like Lindsey with Trump," Geist told host Joe Scarborough. "It means the world to me."

Scarborough was momentarily at a loss for words, as co-host Mika Brzezinski giggled.

"Can you imagine saying something like that?" Geist said.

"It's really sad," Brzezinski agreed. "Who says that?"

Scarborough reminded viewers that Graham had denounced Trump the night of the U.S. Capitol insurrection, but fled back to the former president after some of his supporters chastised the senator at an airport.

"Lindsey Graham [is] trying to stay on the right side of the seditionists and Qanon people," Scarborough said. "Three people and a chihuahua chased him through the airport and he completely melted."