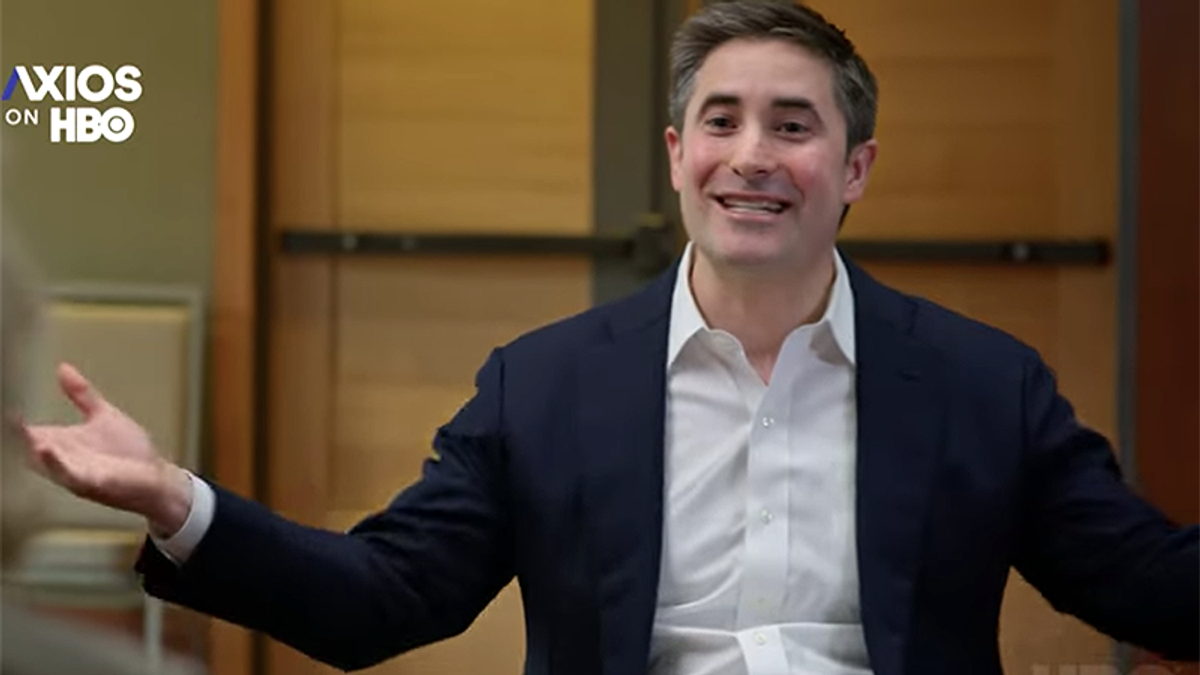 Rep. Liz Cheney (R-WY) appears to be trying to save her political career as she sides with voter suppression efforts in states across the country.

Speaking to Axios reporter Jonathan Swan, Cheney claimed that the link to the "Big Lie" has nothing to do with the changes to voting rules.

"I will never understand the resistance, for example, to voter ID," Cheney said. "There's a big difference between that and a president of the United States who loses an election after he tried to steal the election and refuses to concede."

Swan appeared to be saying, "you can't be serious," with his face.

"Even the Republican Lt. Governor of Georgia, Jeff Duncan, said there was — when this bill was started that the momentum was when Rudy Giuliani was testifying that the Georgia election was a sham," said Swan. "I don't think anyone doubts that the reason 400-some voting bills have been introduced 90 percent by Republicans, supported by the Republican National Committee, I don't think it's a coincidence that after the election, this has happened."

She claimed that Americans needed efforts to ensure people who aren't supposed to vote don't vote.

"But what problem are they solving for?" asked Swan. "I mean, what are all of these states doing?"

"I think we need to look at each individual state law," said Cheney.

"But you can't divorce them from the context," said Swan.

She dodged again and said that Al Gore made the right decision for the country and former President Donald Trump didn't and that's what people are trying to "deal with" today. It's unclear how voter suppression efforts will stop Donald Trump, however.