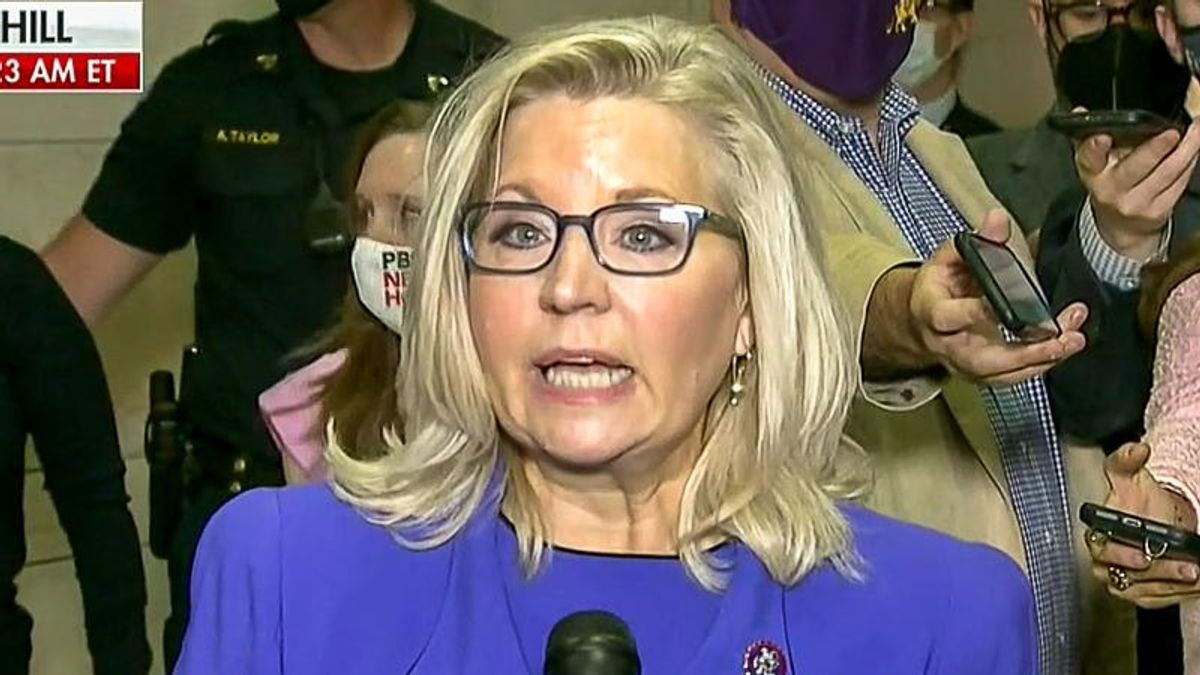 Rep. Liz Cheney (R-WY) was defiant on Wednesday after members of her caucus voted to oust her from leadership over her criticism of former President Donald Trump.

Cheney spoke following the vote to remove her as GOP conference chair.

"The nation needs a party that is committed to the fundamental principles of conservatism," Cheney told reporters. "And I am committed and dedicated to ensuring that that's how this party goes forward and I plan to lead the fight to do that."

She also addressed the possibility that Trump could run for president again in 2024.

"I will do everything I can to ensure that the former president never again gets anywhere near the Oval Office," Cheney said. "We have seen the danger that he continues to provoke with his language. We have seen his lack of commitment and dedication to the Constitution and I think it's very important that we make sure whomever we elect is somebody who will be faithful to the Constitution."

Trump also released a statement attacking Cheney prior to her ouster on Wednesday.

"The Republicans in the House of Representatives have a great opportunity today to rid themselves of a poor leader, a major Democrat talking point, a warmonger, and a person with absolutely no personality or heart," Trump said.