'You did this!' Liz Cheney angrily chewed out Jim Jordan after MAGA 'maniacs' stormed the Capitol 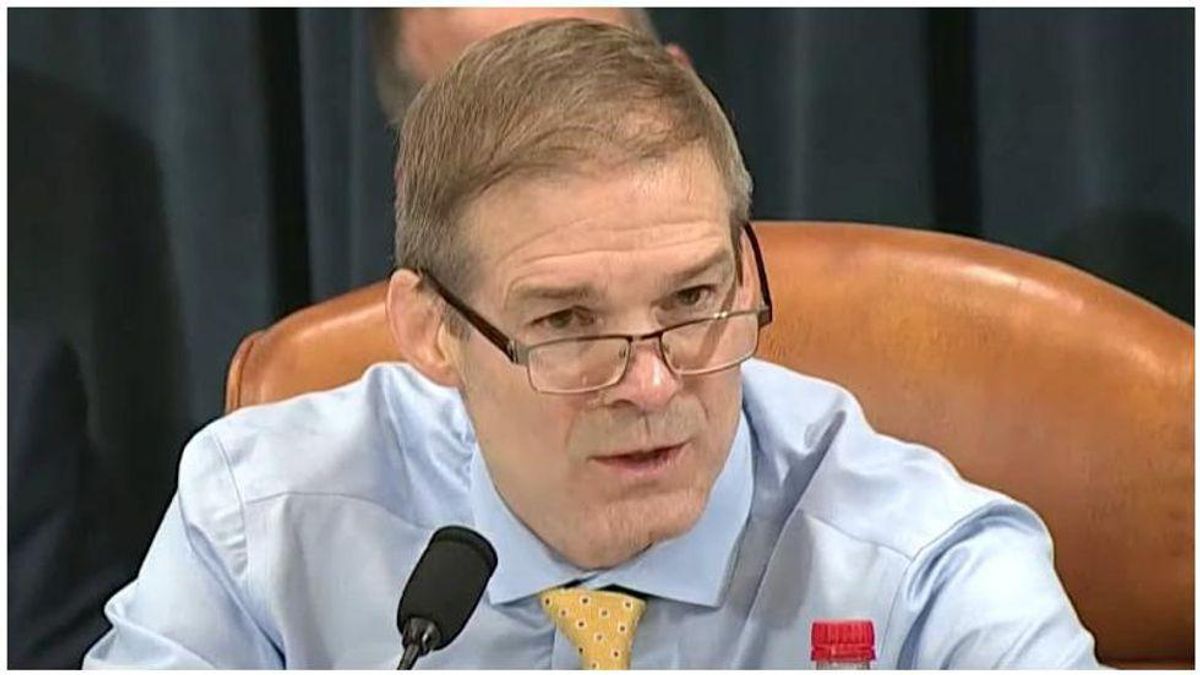 The books about Donald Trump's final years in office are slowly stacking up as they're being released -- and Trump himself has bragged that he's given over 22 interviews for upcoming books about him.

Philip Rucker And Carol Leonnig's new book, I Alone Can Fix It, describes what some were facing in the Capitol during the attack on Jan. 6. In an excerpt given to the Daily Beast, Rep. Liz Cheney (R-WY) recalled what happened to her in a conversation with Gen. Mark Milley, the chairman of the Joint Chiefs of Staff.

Cheney launched into "that f*cking guy Jim Jordan (R-OH)," to Milley. "That son of a bItch… While these maniacs are going through the place, I'm standing in the aisle and he said 'We need to get the ladies away from the aisle. Let me help you.' I smacked his hand away and told him, 'Get away from me. You f*cking did this.'"

When Cheney spoke from the House floor in May after she was removed from her Republican leadership position, she defended her fury about the Jan. 6 attack.

"Today, we face a threat America has never seen before," she said. "A former president who provoked a violent attack on this Capitol in an effort to steal the election has resumed his aggressive effort to convince Americans that the election was stolen from him. He risks inciting further violence. Millions of Americans have been misled by the former president. They have heard only his words but not the truth, as he continues to undermine our democratic process, sowing seeds of doubt about whether democracy really works at all."

She later explained that she felt like "remaining silent and ignoring the lie emboldens the liar," which she wanted no part of.

Jordan took to Fox News with Laura Ingraham to trash Cheney after the speech.

"You can't have the Republican conference chair reciting Democrat talking points," Jordan accused Cheney of doing. He later said that "you want our party spokesperson to be in tune with more than a single-digit percentage of the party. Ninety-seven percent of the party disagree with Congresswoman Cheney."

Cheney's argument was about her conservatism and her dedication to that philosophy. It was far from a Democratic talking point.

Read the full piece from the Daily Beast.