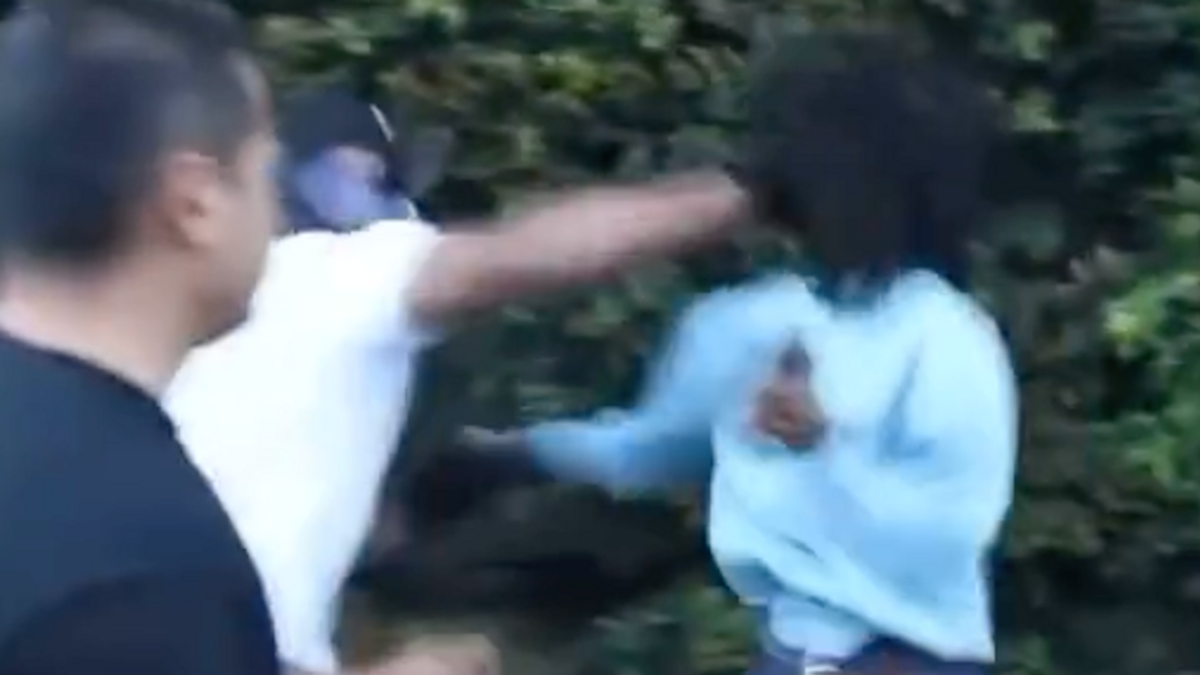 Video from the incident appears to show Singh backing away from a group of men in an alley. One of the men, wearing a baseball cap and a bandana over his face, gets behind Singh and obstructs his path, bumping him. After Singh tries to push the man aside, he begins throwing punches, eventually landing one to Singh's head and knocking him to the ground.

Singh later reported that he was hospitalized after the incident with a concussion and multiple broken bones in his face, including in his nose and eye sockets.

According to West Hollywood's WeHo Times, anti-vaccine protesters have gathered repeatedly this week outside the restaurant Harlowe, which has a policy requiring proof of vaccination or a negative COVID-19 test result to enter.

"The group returned for a second night with their brand of aggression and anti-semitism, once again comparing a vaccination mandate to the Holocaust and at one point point chanting, 'No Nazi Restaurant! No Nazi restaurant!'" the WeHo Times reported on Thursday.

Many of the anti-vaccine protesters "were fixtures at the pro-Trump demonstrations in Beverly Hills last year, and have a reputation for being hostile," according to the WeHo Times.

"With Trump out of office, they replaced their pro-Trump MAGA signs with COVID-19 conspiracies," the site reported. "According to an Instagram Live post by Jason Lefkowitz, the organizer of the anti-vaccination protest, the goal is to make that area in West Hollywood unsafe, to hurt the business at Harlow and other businesses around the area."

The conservative site RedState had a different take on Thursday's incident, claiming that Singh is a member of antifa and a "doxxer." RedState shared video that appears to show the man Singh was trying to "help" shoving an anti-vaccine protester to the ground earlier.

Watch the video of Singh being assaulted below.