Madison Cawthorn facing growing list of GOP challengers as some DC Republicans would like him ousted: report 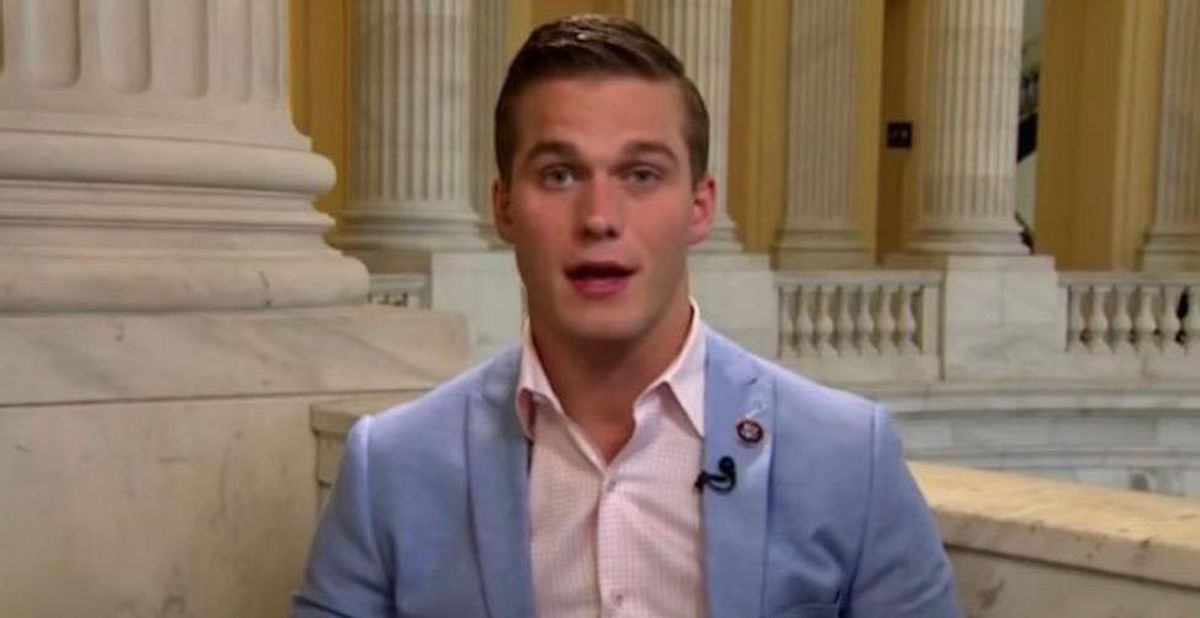 According to a report from the Daily Beast, freshman Rep. Madison Cawthron (R-NC) is seen as vulnerable by some Republicans back in his district as the drive for the 2022 midterm election begins to ramp up.

The report from the Beast's Sam Brodey notes that there are now four challengers to the controversial Cawthorn -- a few of whom feel he is not representing his district and is more interested in increasing his national exposure as a trash-talking politico in the mold of Donald Trump.

Noting Cawthorn has glibly jumped into a variety of hot topics as of late -- including the withdrawal from Afghanistan, attacking c school boards over mask mandates and attacking the "DC swamp" -- Brodey writes, "It's these sorts of antics—deeply popular with adoring Trump fans and deeply unproductive for a legislator—that have produced four Republican challengers against Cawthorn."

While Brodey concedes that Cawthorn is still an odds-on favorite to win in the primary and the general election, he also notes that there are some in the GOP leadership in Washington, D.C., who wouldn't be unhappy if the GOP nominee for the district was someone other the controversial young lawmaker.

"Cawthorn's attention-grabbing personal behavior has been a source of heartburn for many in Beltway GOP circles, and privately, some would not be heartbroken to see him replaced by another Republican," wrote Brodey, adding the caveat, "One GOP operative told The Daily Beast that Trump, who won the district by 12 points in 2020, still polls well there, and Cawthorn has effectively cultivated his support base. His challengers, the operative said, 'don't have a real chance if Cawthorn stays on his current track and doesn't make any major, major mistakes from a constituent service standpoint.'"

"Cawthorn does have a real target on his back, said Carl Mumpower, a former chairman of the GOP in Asheville, the district's biggest city. 'The pile-on-Cawthorn game is in full swing,' he said." the Beast's Brodey reports. "But Mumpower suggested that Cawthorn's strategy to hold the seat may be a good one, and argued the primary is 'his to lose.'"