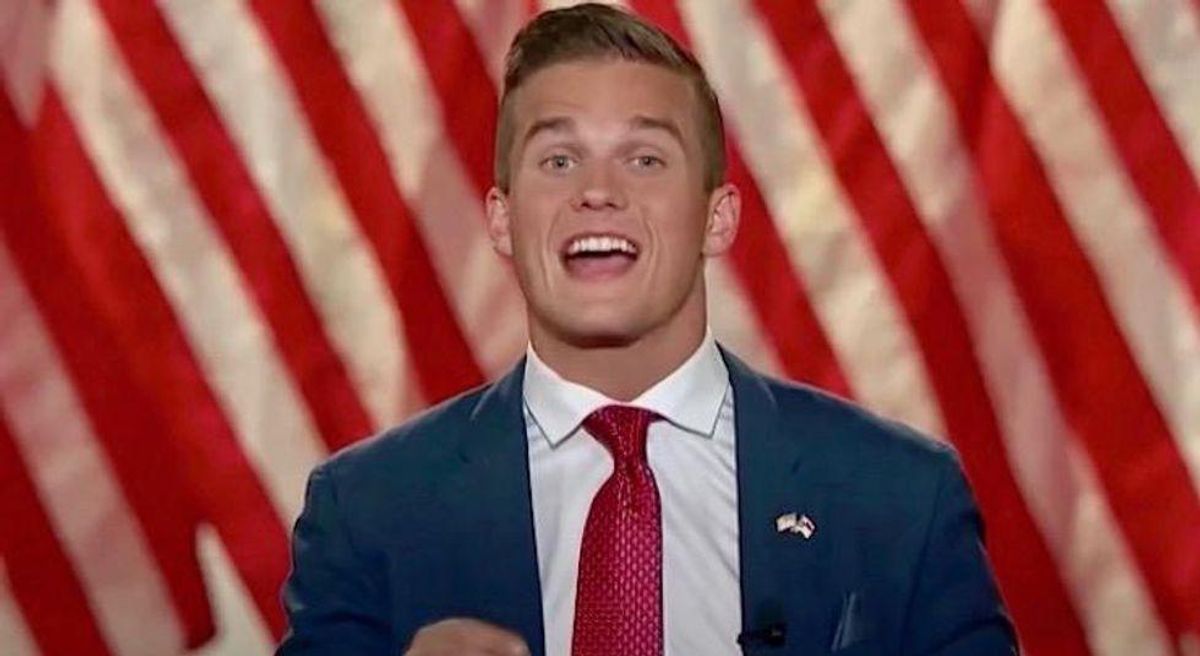 58% of North Carolina’s gas stations are still out of fuel. Biden’s weakness on the world stage is costing the working families of NC-11.
— Madison Cawthorn (@Madison Cawthorn) 1621277487.0

President Biden "issued an emergency declaration for 17 states and the District of Columbia after the country's largest fuel pipeline went down," reported CNBC.

None of the Ransomware efforts were done by a foreign country unless Cawthorn is privy to some secret intelligence that DarkSide was working for someone else. Indeed, the rest of the world likely doesn't care about the Ransomware attack or the problems of North Carolina struggling to find gas.

Computer Scientist Walpurga Müller-Schm replied to Cawthorn noting that distribution to gas stations are done by private companies not by the federal government, state government, city government, or any government. Biden wasn't involved in any way, though his White House has stepped in to help. Most states who faced shortages on Thursday of last week have settled down and the lines disappeared.

GasBuddy, an app and website that lists gas stations and prices, reported that 51 percent of the state is without gas. As ABC 11 explained, there isn't a gas shortage, there's a gas delivery problem.

"All of the North Carolina terminals are basically running on empty because the pipeline was shut down. Still, the main well has not run dry. There is plenty of gasoline at the refineries but the challenge is how to get it to North Carolina," said the report.

Biden has turned to trucks, rail and ships to help deliver gas from refineries. One problem in North Carolina is that in "the Wilmington port, there is only room for two barges, and there's a significant wait time there for fuel trucks to fill up."

Cawthorn continues to blame Biden and an overall energy policy for the pipeline hacks.