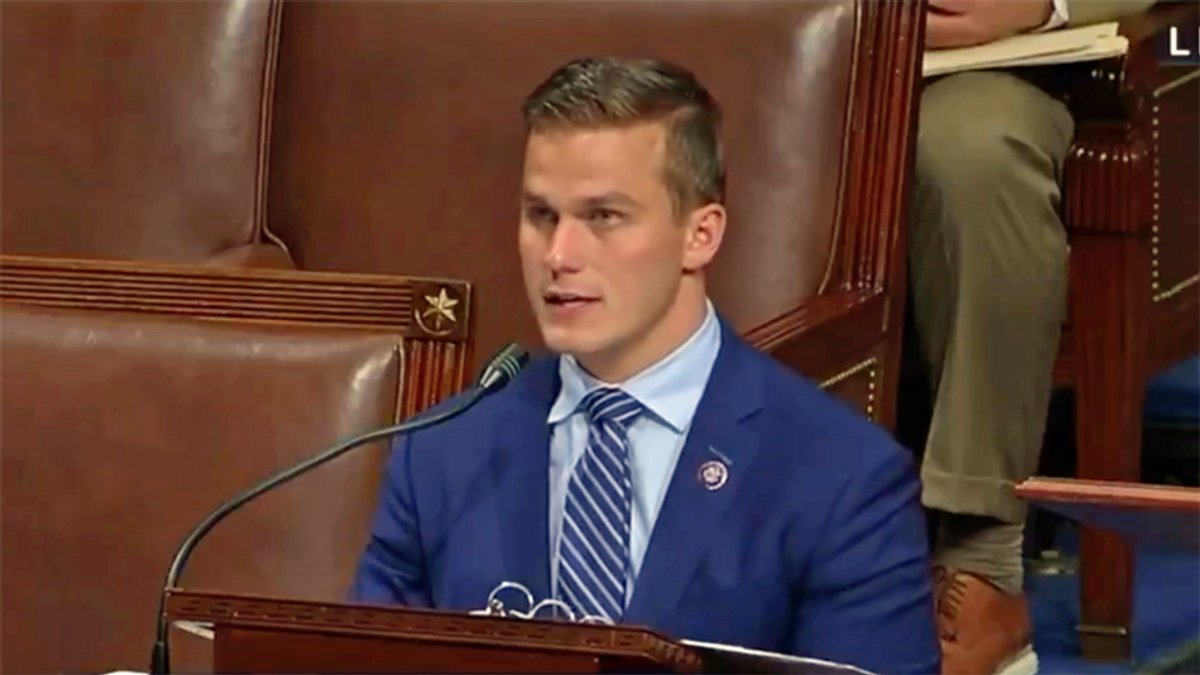 "It was Thomas Jefferson that said 'Facts are stubborn things; and whatever may be our wishes, our inclinations, or the dictates of our passions, they cannot alter the state of facts and evidence.' Let's cast our eyes over the facts, shall we," he said.

The quote that Cawthorne misattributed to Jefferson is actually a famous quote by John Adams.

Here's some of what people were saying about Cawthorne and stubborn facts:

I give Madison Cawthorn credit for consistently being wrong about everything.
— Roy Hobbs (@RoyH0bbs) June 24, 2021

Honestly, his "communications" staff is not doing him any favors and might really dislike/hate him. Kind of like Meghan McCains hair stylist.
— DebbieM NO FBR Lists!*Biden/Harris, Senate/House!* (@MaukDebbie) June 24, 2021

Had he actually attended a school, he'd know Jefferson didn't say that. But I guess his mom doesn't know her history as well when she wrote up his homeschool curriculum.
— Phillip Davis (@Phil_Davis_) June 24, 2021

Easy mistake, since Jefferson and Adams were basically the same person except that they had opposite views about everything and hated each other
— Severin (@severininfurs) June 24, 2021