GOP's Madison Cawthorn: Biden may use door-to-door vaccine program to 'take your Bibles' 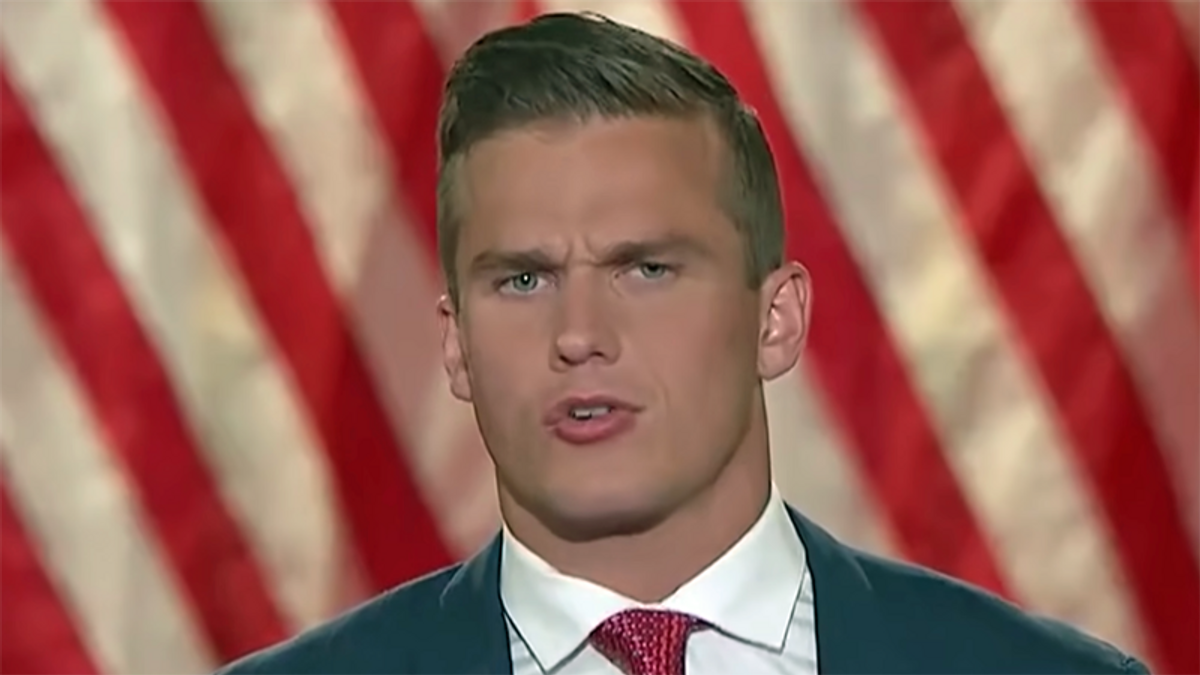 Republican efforts to keep Americans from getting vaccinated continue to escalate despite the surge in Delta variant infections.

On Tuesday, President Joe Biden announced "door-to-door outreach" in communities that have low rates of vaccination.

"It's a year of hard-fought progress. We can't get complacent now. The best thing you can do to protect yourself and your family and the people you care about the most is get vaccinated," Biden said.

Rep. Madison Cawthorn (R-NC) panicked over the efforts to protect Americans from the pandemic during an interview conducted by Right Side Broadcast Network at the Conservative Political Action Conference (CPAC) gathering in Texas.

Despite the fact the federal government goes door-to-door during the Census, Cawthorn painted a dystopian vision of what could happen if the government knocked on doors to tell Americans about the COVID vaccines, which have proven safe and effective.